Jun Seki, the vice chief operating officer in charge of Nissan’s performance recovery, plans to join Japanese manufacturer Nidec Corp. as president and COO.
By : Bloomberg
| Updated on: 25 Dec 2019, 08:57 AM 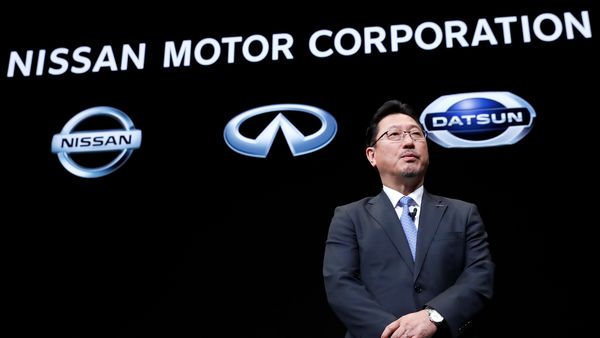 Nissan Motor Co.’s third-highest-ranked executive is planning to leave the company to join a leading electric-motor company, an abrupt move that deals yet another blow to the scandal-plagued Japanese carmaker.

Jun Seki, the vice chief operating officer in charge of Nissan’s performance recovery, plans to join Japanese manufacturer Nidec Corp. as president and COO. The 58-year-old, who confirmed the move to Bloomberg News, was among the contenders to be Nissan’s chief executive officer in October, but missed out to Makoto Uchida, most recently the company’s China chief. Seki only took up his current position in December.

Nissan has seen its share of executive departures since last year’s shock arrest of former longtime chief Carlos Ghosn, but Seki’s exit stands out because he was part of a triumvirate set up to disperse leadership responsibilities at the automaker, Japan’s third largest by output. The defection marks yet another distraction for Nissan, which is struggling to recover from the chaos unleashed by Ghosn’s arrest and an industry downturn, with profits at a decade-low and relations tense with French partner Renault SA.

The departure of Seki, who spent most of his career in engineering and manufacturing at Nissan, comes at a precarious time for the company and the auto sector, with established carmakers seeking scale through consolidation as a way of splitting the billions of dollars in investments needed to keep up with the shift toward electric and self-driving cars.

Shiro Ikushima, a spokesman for Kyoto-based Nidec, declined to comment. A Nissan representative didn’t immediately respond to a call for comment.

Seki will be joining a company that makes about an eighth of Nissan’s sales, but has a market value that’s more than 60% higher at about 4.5 trillion yen ($41 billion). Known for its precision products, Nidec is the world’s No. 1 supplier of hard-drive motors. The manufacturer is seeking to become a top supplier for electric vehicles, home appliances and industrial and commercial equipment, with the goal of reaching 10 trillion yen in annual sales by fiscal 2030.

Shigenobu Nagamori, Nidec’s billionaire CEO, founded the company in 1973 in a shack next to his family’s farmhouse. The outspoken chairman had appointed Hiroyuki Yoshimoto, another Nissan veteran, as COO in 2018. Nagamori, 75, is known as a dealmaker, having bought scores of companies under his tenure, and for his hard-charging management style.

Nissan’s management has been on shaky ground since Ghosn was arrested for financial crimes in November 2018. Hiroto Saikawa, Ghosn’s successor-turned-accuser, stepped down as CEO earlier this year amid a scandal over excess compensation.

Seki joined the Yokohama-based automaker in 1986, meaning new CEO Uchida and COO Ashwani Gupta will now have to fill a void left by the departure of the member of their team with the most experience within Nissan.