Cost of repairing a Tesla is reportedly significantly higher than the same repairs carried out on conventional vehicles.Quality control issues with Tesla EVs have come to the fore in recent times.
By : HT Auto Desk
| Updated on: 22 Apr 2021, 09:31 AM 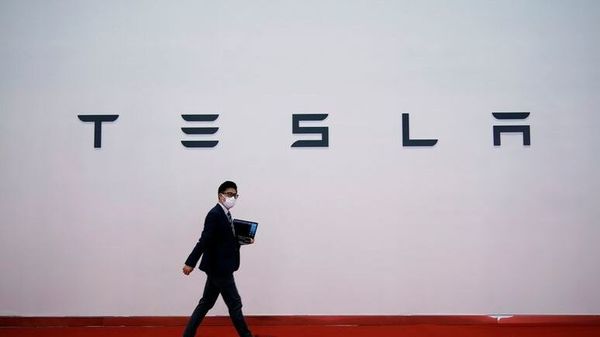 File photo: A man holding a computer walks past a sign of electric carmaker Tesla during a media day at Shanghai Auto Show.

Tesla cars in China are coming under increased scrutiny by the day and for a variety of reasons. While the Chinese market remains one of the biggest in the world for Tesla and there are many takers for its electric vehicles, quality control issues have crept up which led to reports that one of the main insurance companies here having opted to deny services to those who opt for an EV from the California-based company. Tesla China, however, has denied the reports.

According to state-run Global Times, Tesla China has refuted reports that Chinese insurer Ping An Co has stopped insurance services for new Tesla customers. A financial news website by the name of cnstock.com reported that the company had underlined services are on as usual. "Currently, the cooperation between Tesla and Ping An Property & Casualty Insurance Company of China on auto insurance in China goes normal. We will continue to optimize requirements for services to provide quality and reliable services for our clients," was a statement attributed to Tesla China.

This comes on the back of several other reports within China that Ping An Co was not only suspending insurance services to new buyers of Tesla but also tightening policies for existing owners. This was reportedly due to mounting repair costs which, at times, could be nearly seven times that of the same repair cost for a conventional petrol or diesel-powered vehicle.

Ping An Co, however and on its part, denied the report.

Many Tesla owners in China have reported quality-control issues but a woman climbing on top of a Tesla on display at the Shanghai Auto Show to protest against faulty brakes in her EV has been one of the most jarring examples. If this stunt wasn't a headache for Tesla, the company faced backlash after refusing to address the specific problem with the said woman's car. Later, the company issued an apology.

There have also been a number of accidents in China which have involved Tesla electric vehicles leading to Chinese authorities reportedly increasing the scrutinizing glare. The recent accident of a Tesla car in the US, reportedly on Autopilot mode, has not helped the company's cause either. And then there have been suspicions that Tesla EVs - with cameras on board - may capture sensitive data in China, something that has been denied by both Tesla and CEO Elon Musk.