Home Auto News Toll Plazas On Highways To Go Within A Year, Will Be Replaced By Gps Based Tolls

Toll plazas on highways to go within a year, will be replaced by GPS-based tolls

Union Minister Nitin Gadkari has said that FASTag electronic toll collection system will be used through GPS when toll plazas are removed.
By : HT Auto Desk
| Updated on: 18 Mar 2021, 01:07 PM 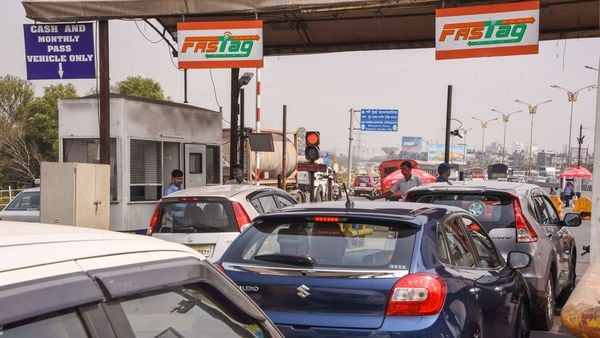 Union Minister Nitin Gadkari has said that toll booths on highways to go within a year and will be replaced by GPS-based tolls. (File photo)

According to his ministry, around 93 per cent of vehicles plying on national highways have started to use FASTag to pay tolls. FASTag electronic toll collection system was implemented by the National Highway Authority of India (NHAI) on February 15 this year.

Nitin Gadkari said, "I want to assure the House that within one year all physical toll booths in the country will be removed. It means that toll collection will happen via GPS. The money will be collected based on GPS imaging (on vehicles)."

(Also read: FASTag will be implemented on Yamuna Expressway from April 1)

Gadkari also said that he has asked for police inquiry for the 7 per cent vehicles which are not paying toll using FASTags yet. He attributed such cases as toll theft and GST evasion cases. Such vehicles pay double the toll fee as part of fine levied by the NHAI for not using FASTags.

FASTag was implemented to help vehicles move on national highway toll gates seamlessly, without long queues. Since its compulsory implementation earlier this year, toll collection through FASTag has grown rapidly. NHAI said that the FASTag system is helping it mop up more than ₹100 crore every day

Gadkari said new vehicles have FasTags fitted in them, while the government has said it will give free FASTags for old vehicles.