Home Auto News This Burnt Mess Once Used To Be A Ford Gt. And It Is Up For Grabs

This burnt mess once used to be a Ford GT. And it is up for grabs

The only identifiable components of the Ford GT vehicle are its two wheels and the engine, which suggests that the GT was split into half when it was wrecked.
By : HT Auto Desk
| Updated on: 25 Apr 2021, 06:35 PM 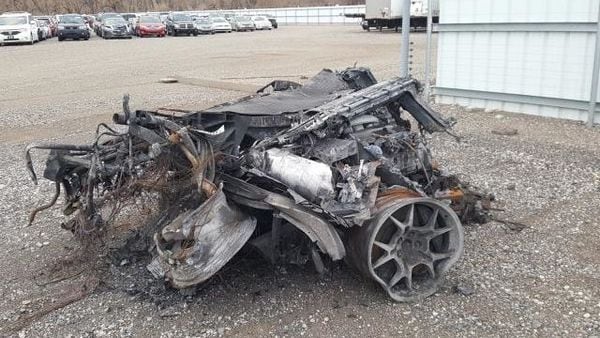 A burnt and crumpled up mess of a vehicle that once used to be a 2005 Ford GT has been put up for sale in the US through auction website Copart. The vehicle seems to have been involved in a heavy fire accident or crash with its shape completely deformed.

The auction website does not list the proper cause of damage to the vehicle but states the primary cause as burning. There is no explanation as to how exactly di the fire start and the engine, exterior and the cabin of the vehicle ended up in ashes.

The only identifiable components of the vehicle are its two wheels and the engine, which suggests that the GT was split into half when it was crashed. Originally, a Black 2005 GT, the sale date for the ruined vehicle is yet to come and the bidding will start then.

(Also read | A jab on the job: Ford to start on-site Covid-19 vaccination for employees) 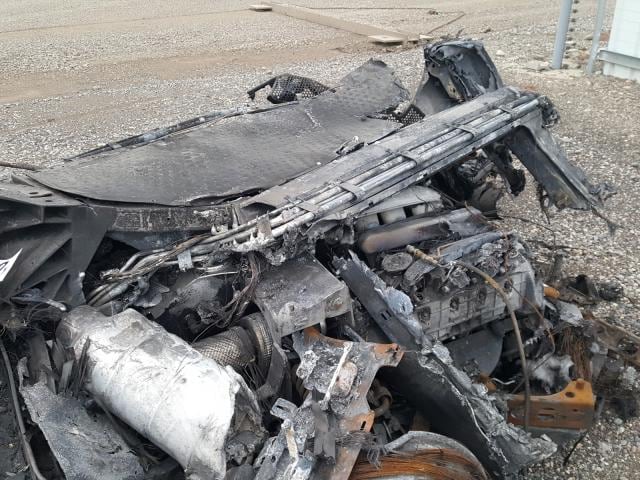 The Ford GT in question was equipped with a 5.4-litre, 8-cylinder engine with manual transmission and rear-wheel drive.

Auction website Copart is known for selling various damaged and ruined vehicles that people usually buy these vehicle for cheap in order to get the original and genuine parts of the vehicle. Last month, the website had put up for sale six wrecked Ford Bronco Sports models, each of which was wrecked in a different way.

A Blue Bronco Sport, one of the six that were put on sale, mostly sustained rear-end damages while its cabin seemed mostly damage proof. A Black Bronco Sport was involved in a rollover and eventually caught fire with very few of its parts seeming to be recoverable. One of these six Broncos was driven for only 258 miles and has sustained damages at front-end including its three-cylinder engine. The remaining three Broncos also suffered minor damages either at the front or rear end.