The specially painted MINI Electric hatchback reinterprets the historical issue 123 cover of The Flash Comics.The MINI Electric car has been displayed at Lucca Changes 2020 - an online edition of international fair dedicated to comics and animation.
By : HT Auto Desk
| Updated on: 03 Nov 2020, 14:16 PM

BMW MINI has joined the 80th anniversary celebration of DC superhero 'The Flash' with a special MINI Electric on display at Lucca Changes 2020 - an online edition of international fair dedicated to comics and animation.

'The Flash' first appeared in the United States back in 1940 on the Flash Comics issue and is characterised by super speed - faster than that of light, electric, no noise, highly performant and powerful.

MINI touts the MINI Electric hatchback to have many peculiarities of the DC Comics superhero. Famous cartoonist Carmine Di Giandomenico was invited to paint the MINI Electric paying tribute to 80 years of 'The Flash'. The painting, completed in just 10 hours using a mixed technique, is a reinterpretation of the historical issue 123 cover of the comic drawn by Carmine Infantino. It is a version that is a merger between the classic Jay Garrick version of The Flash and its modern Barry Allen version. 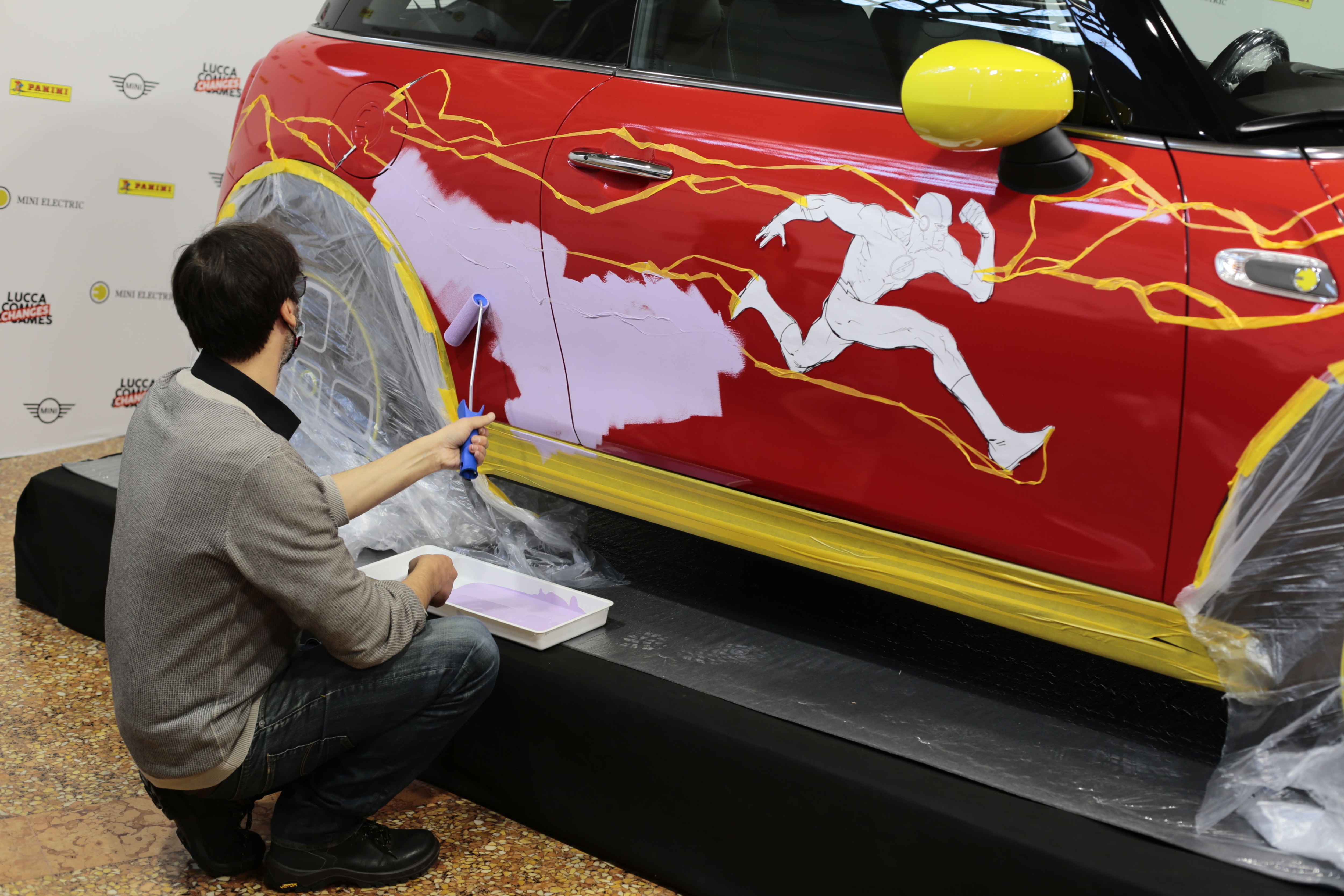 The background of the design, just like the original book cover, features Central City - the place that is home to the fastest superhero. MINI's tribute to 'The Flash' at the Lucca Comics is in partnership with Panini Comics – that publisher of DC Multiverse comics in Italy.

MINI says, just like the superhero, it also has a long successful story of a character that has been modernised and transformed and whose unmistakable traits have been renewed but always remaining faithful to its DNA.