The curious case of Elon Musk, and Tesla buying Bitcoin worth $1.5 billion

Tesla is the world's fifth-most valuable company. Elon Musk is among the wealthiest persons. A focus on Bitcoin, then, has caught the world's attention.
By : Reuters
| Updated on: 09 Feb 2021, 09:05 AM 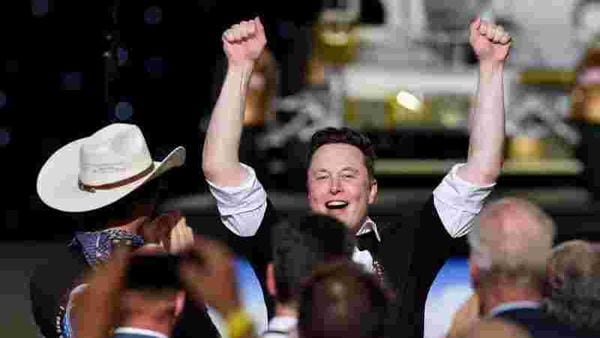 Tesla CEO Elon Musk has mostly always had good things to say about Bitcoin. Tesla's purchase of the cryptocurrency, therefore, may not surprise many.

Bitcoin took another large stride toward mainstream acceptance on Monday after billionaire Elon Musk's electric vehicle company Tesla Inc revealed it had bought $1.5 billion of the cryptocurrency and would soon accept it as a form of payment for cars, sending the cryptocurrency shooting higher.

The announcements, buried deep in Tesla's 2020 annual report, drove a roughly 20% surge in the world's most widely held cryptocurrency to over $47,000. At current prices, 0.8 bitcoins would be enough to buy an entry-level Tesla Model 3.

(Also read: Tesla may accept Bitcoin as mode of payment)

Investors anticipated other companies will soon join a list of firms that invest in or hold bitcoin including BlackRock Inc, the world's largest asset manager, and payments companies Square and PayPal.

Musk has upended Wall Street over the last year and briefly became the world's richest person as shares of Tesla surged nearly 500% to become the fifth most-valuable U.S. company, leaving other companies and investors eager to follow in his wake.

"If any lesser mortals had made the decision to put part of their balance sheet in Bitcoin, I don't think it would have been taken seriously," said Thomas Hayes, managing member at Great Hill Capital LLC in New York. "But when the richest man in the world does it, everyone has to take a second look."

The news sparked heavy trading in cryptocurrencies and caused exchanges like Coinbase, Gemini, Binance to experience technical issues, according to Coindesk.

It also generated discussion on Reddit. While discussions of cryptocurrencies are banned on the WallStreetBets community that fueled the GameStop Corp trading frenzy, users in other subreddits posted "to the moon," expecting more companies to follow suit after Tesla.

A well-known supporter of cryptocurrencies, Musk has weighed in regularly on the past month's frenzy in retail investment, also driving up prices of the meme-based digital currency dogecoin and shares of U.S. video game chain GameStop.

Experts said they would not be surprised by a closer look from regulators given Musk's bumpy past with watchdogs.

The Securities and Exchange Commission sparred with Musk and Tesla several times over his use of Twitter to discuss the company, ultimately resulting in his exit as company chairman and a pair of $20 million fines for Musk and Tesla.

"We're talking about a billionaire with one of the most valuable companies in the history of the world who has seemingly gotten away with poking the SEC before," said Tyler Gellasch, head of the Washington-based Healthy Markets Association and former SEC official. Still, Gellasch said that "examination doesn't mean this is likely to be an enforcement case."

Tesla said in a filing the decision to move nearly 8% of its reserves into bitcoin was part of its broad investment policy as a company aimed at diversifying and maximizing its returns on cash, including holding gold. The report said it ended 2020 with $19.38 billion in cash and cash equivalents.

"We expect to begin accepting bitcoin as a form of payment for our products in the near future, subject to applicable laws and initially on a limited basis, which we may or may not liquidate upon receipt," the company said.

Tesla said it had invested an aggregate $1.5 billion in bitcoin under the changed policy and could "acquire and hold digital assets from time to time or long-term". Shares of the company rose 1.3% Monday.

Gold jumped more than 1% Monday while ethereum, another cryptocurrency, surged to a record high. 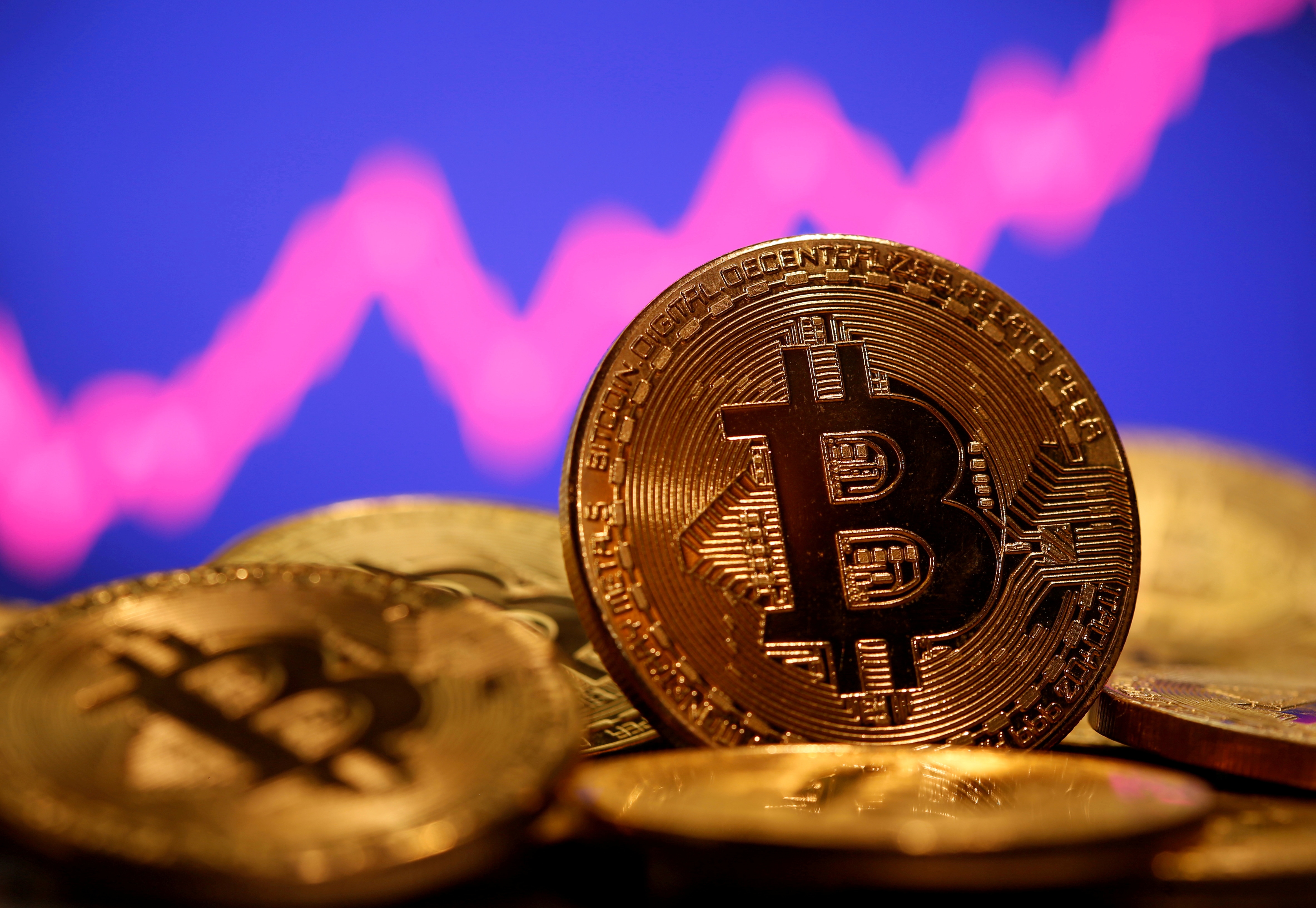 File photo: A representation of virtual currency Bitcoin is seen in front of a stock graph in this illustration. (REUTERS)

Central banks remain skeptical of digital currencies, but analysts say the more real world uses appear for bitcoin, the more attractive it will prove as a long-term store of value.

Bitcoin has rallied as far as $47,565 after Tesla's disclosure. The cryptocurrency is up 1135% since March 2020, thanks in part to interest from institutional investors.

"The argument for bitcoin is evolving. It used to be negative (reasons to buy), but suddenly there are positive reasons, and that's why you see bitcoin at (new highs)," Mohamed El-Erian, chief economic advisor of Allianz, told CNBC.

Apple Inc may be the next big company to enter the cryptocurrency market, both by allowing bitcoin to be exchanged on its Apple Wallet service and investing some of its own reserves in units of the cryptocurrency, said Mitch Steves, an analyst at RBC Capital Markets.

"If this becomes a trend in corporate treasuries the downside of staying on the sidelines will only become costlier over time," said Maya Zehavi, a blockchain consultant.

Tesla's move to put some of its corporate reserves in bitcoin may be a signal that it expects the cryptocurrency will emerge as another store of long-term value alongside the dollar and gold, said Graham Tanaka, president and chief investment officer of Tanaka Capital Management in New York.

"Companies are very careful when it comes down to their reserves," he said. "This doesn't appear to be a flash in the pan. It appears to be something that may be a fundamental change."