Tesla, world's most valuable auto maker, is now worth more than Walmart 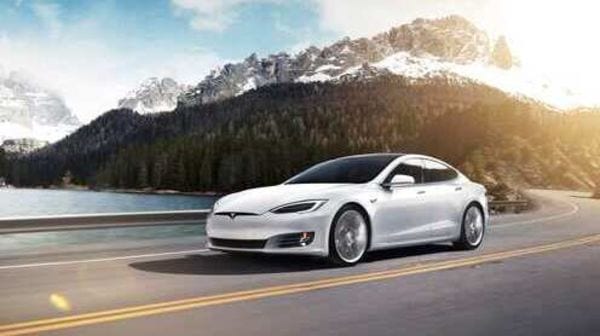 EVs like Model 3 and Model S (in pic), among others, have catapulted Tesla to the pinnacle of the automotive world.

Tesla Inc.’s market value has surpassed retail behemoth Walmart Inc. after an astounding surge in the electric vehicle maker’s shares over the past five months.

The stock, which touched a low of about $350 in March, has almost quintupled since then and briefly crossed $2,000, nearly 10 times the level it was trading at this time last year. Tesla shares jumped as much as 6.6% on Thursday, reaching the all-time intraday high. The stock has closed at records on three of the past four trading days.

The relentless rally led Tesla to split the stock in order to make it more accessible to individual holders, a move that can drive up demand for the shares. The stock will start trading on the five-for-one split-adjusted basis on Aug. 31. Each stockholder of record by the close of business on Friday Aug. 21 will receive four additional shares of common stock for each one they currently own.

Tesla’s valuation is currently about $373.1 billion, while Walmart is hovering around $369.8 billion, according to Bloomberg data.*

The company’s market capitalization is “discounting far more than cars," Morgan Stanley analyst Adam Jonas wrote in a note to clients, adding that Tesla’s ability to attract capital and talent is increasing with its significantly higher valuation. “Tesla’s performance is seen by some as breathing all the air in the room with respect to the outlook for competing electric vehicle initiatives, particularly amongst legacy players," the analyst said.