Tesla may be the only car maker which wants to also hire game engineers.Elon Musk has backed in-car gaming as an entertainment option in autonomous Tesla vehicles.
By : HT Auto Desk
| Updated on: 01 Sep 2020, 05:17 PM 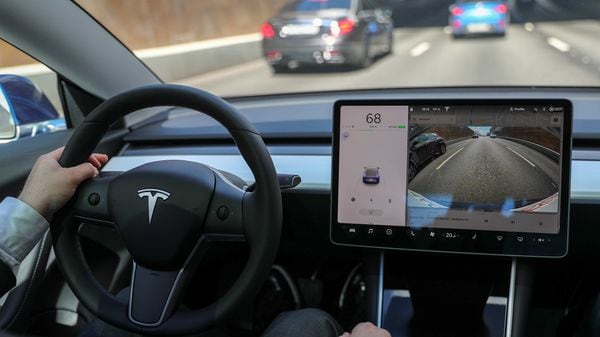 File photo of a Tesla Model 3 for representational purpose.

For Tesla, it is not a question of if but when as far as in-car gaming is concerned. Elon Musk has repeatedly said that gaming while Tesla cars are in AutoPilot mode is an area his company is actively exploring and the California-based car-maker is now inviting applications for the post of video games engineer.

Times sure are changing when car makers start recruiting video games engineers but for those who have been following developments at Tesla closely, the latest invite for job applications should hardly come as a surprise. "Tesla strives to make its cars the most fun possible; bringing video game experiences to the car helps increase that fun," the post on the career section of the company's website reads. "In this incredibly rare opportunity to help build a video games platform, we are looking for a highly motivated software engineer to help enable the best video game content to be available in-car. Come put that industry experience to great use and help us build this platform."

Now whether Tesla wants to develop its own new game or if it would fine-tune existing options for in-car compatibility remains to be seen. From what has been hinted thus far, games like Minecraft and Pokemon Go could soon make their way into the large infotainment screen inside Tesla vehicles. "Anyone think they can get a good multiplayer Minecraft working on Teslas? Or maybe create a game that interacts virtually with reality like Pokémon Go while driving safely? Like a complex version of Pac-man or Mario Kart?" Musk had asked on his Twitter handle back in May. (Read full report here)

Sure there are critics galore who question both the need of having games in EVs as well as the safety aspect of it all. Musk however has been backing autonomous vehicles to not only be safer than vehicles being manually driven but also making a case for such vehicles enabling features such as gaming, video-conferencing etc.

(Tesla with 8 cams can be superhuman: Elon Musk makes case for autonomous driving)

As such, Tesla - a company often referred to as both a tech company as well as car company - is actively exploring ways to set its products apart from rivals.