As per preliminary figures from US safety agency, Tesla's Autopilot crash rate per 1,000 vehicles was disproportionately higher than its peers.
By : HT Auto Desk
| Updated on: 15 Jun 2022, 09:51 AM 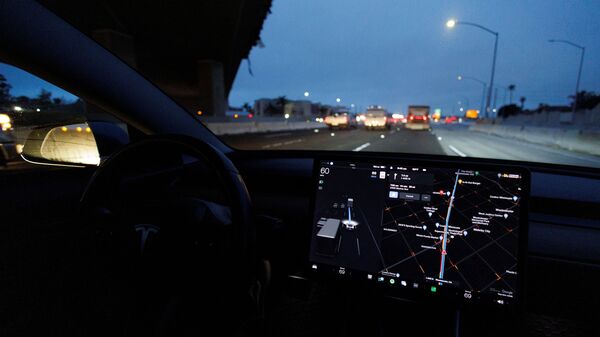 File photo of a Tesla Model 3 vehicle driving on autopilot along the 405 highway in Westminster, California, US.

The US National Highway Traffic Safety Administration (NHTSA) will soon release data regarding accidents and collisions of vehicles that had their autonomous or partially automated driving systems on, and it is likely that Tesla vehicles will account for the highest number of such crashes. The NHTSA has been gathering data related to such incidents for nearly a year. The agency recently also expanded its investigation into Tesla's Autopilot driver-assist technology to reach around 830,000 cars and SUVs from the company.

As per preliminary figures, Tesla's crash rate per 1,000 vehicles was disproportionately higher than its peers. Another way to look at it is that the US EV giant has more vehicles with partly automated systems deployed on the US roads when compared to other corresponding carmakers - roughly 830,000, dating to the 2014 model year. The company is also quite capable of collecting real-time data online from its vehicles, and has a much faster reporting system compared to its peers.

In June of 2021, NHTSA had asked over 100 automakers and automated vehicle tech companies to report serious crashes related to their autonomous systems within one day. They were given more time to report other less-serious crashes. The safety agency has been assessing how these systems perform, whether they endanger public safety and whether new regulations may be needed for their smoother and safer operations.

General Motors had informed NHTSA that it had sold more than 34,000 vehicles with its automated Super Cruise since its debut in 2017, and had reported three crashes. . It also reported two crashes that happened before June 2021. Nissan, which has over 560,000 vehicles on the road with its “ProPilot Assist" autonomous system, did not have to any crashes to report.

Some other automakers and tech companies, such as Toyota and Honda, refused to release their crash numbers before the NHTSA data is revealed.