Tesla CEO Elon Musk has recently said that it will not launch its cars in a country which does not allow sales before setting up a facility. Tesla has been trying to move the Centre to slash import duty on electric cars for the past couple of years.
By : HT Auto Desk
| Updated on: 15 Jun 2022, 07:03 AM 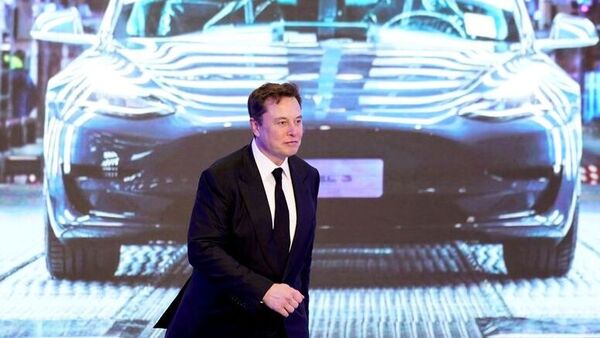 Tesla CEO Elon Musk has recently said that it will not launch its cars in a country which does not allow sales before setting up a facility. (File Photo)

In a sign that Tesla has withdrawn from its attempts to enter the Indian electric vehicle market, its chief lobbyist in the country has stepped down. Manuj Khurana, who was the policy and business development executive at Tesla in India has resigned, according to a report by news agency Reuters. The resignation came days after Tesla CEO Elon Musk had hinted that the world's largest electric vehicle manufacturer is not considering India as a potential market for its EVs as of now after failed attempts to move the government to reduce taxes.

Tesla has been trying to move the Centre to slash import duty on electric cars for the past couple of years. In 2020, Tesla had formally registered itself in India through a subsidiary called Tesla India Motors And Energy Private Limited. Manuj Khurana, who joined Tesla in March last year, played a key role in the discussion and lobbied for more than a year to slash import tax on electric cars to 40 percent from its current rate of 100 percent. However, talks failed as the Centre remained adamant on Tesla to share its production plans in India before committing any tax incentives.

According to sources quoted by Reuters, "Tesla's plans to launch in India right now are as good as dead." The sources wished to remain anonymous as Khurana's resignation had not been made public so far.

Tesla's decision to put its India entry on hold came late last month. In his clearest hint till date, Elon Musk had said, "Tesla will not put a manufacturing plant in any location where we are not allowed first to sell and service cars." Earlier this year, Musk had said Tesla was "still working through a lot of challenges with the government" to push for sales of its products in India.

Union Minister Nitin Gadkari had earlier invited Tesla to launch its electric cars in India. However, the invite had come with conditions that the EV maker should share its manufacturing plans for the country before expecting any leniency on tax front. Gadkari had said, “If Elon Musk is ready to manufacture a Tesla in India, there is no problem. We have got all competencies, the vendors are available. We have got all types of technology and because of that, he can reduce the cost."

"He is welcome in India. We don't have any problem, but, suppose, he wants to manufacture in China and sell in India, it cannot be a good proposition for India. Our request to him is, come to India and manufacture here," the minister had said.