Tesla omitted hundreds of injuries that the company listed in logs at its factory from annual summary data, according to a December memorandum of California’s workplace-safety agency.
By : Bloomberg
| Updated on: 06 Mar 2020, 06:24 PM 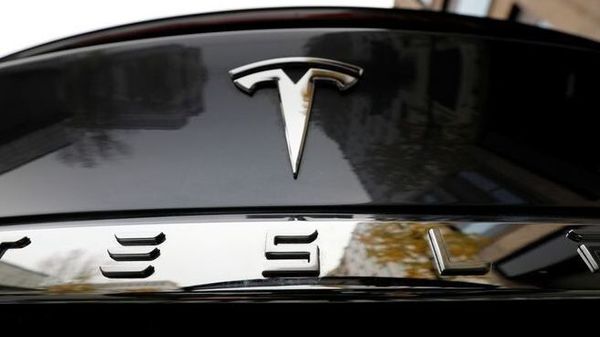 For years, Tesla Inc. has refuted concerns about worker safety at its main assembly plant by describing reviews from a California regulator as vindication.

But new documents and statements from the agency contradict those claims. Tesla omitted hundreds of injuries that the company listed in logs at its factory from annual summary data that the company sends to the government, according to a memorandum the state’s workplace-safety agency sent in December. California’s Division of Occupational Safety and Health, or Cal/OSHA, also hit Tesla with a citation that month for failing to properly record other injuries in its logs since 2015.

The documents, some of which were obtained through a public-records request, undermine statements Tesla executives have made about its plant in Fremont, California. Chief Executive Officer Elon Musk dedicated a portion of an October 2018 earnings call to brief investors about workplace-safety efforts. He said Cal/OSHA had investigated the company and concluded it had not been under-reporting injuries. Last month, Tesla said a review by the agency showed its record-keeping was 99% accurate.

But Cal/OSHA wasn’t focused on verifying the overall accuracy of Tesla’s injury record-keeping in the first place in 2018, according to Frank Polizzi, a spokesman. The agency also can’t verify the claim that Laurie Shelby, Tesla’s environmental, health and safety vice president, made in the February blog post. Tesla didn’t respond to requests for comment.

Tesla’s workplace safety faded from the headlines as the company emerged from “production hell," Musk parlance for the period when he struggled to ramp up the Model 3 sedan. But the Cal/OSHA documents suggest the car maker overstated the strides it was making in improving injury rates after reports by the Center for Investigative Reporting and others called attention to the issue.

Government officials rely on accurate summary data from companies to determine which workplaces need the closest scrutiny in the future, said Deborah Berkowitz, the former chief of staff for the U.S. Occupational Safety and Health Administration.

“If companies don’t report accurately, it has really an impact on where the agency ends up using its scarce resources," said Berkowitz, who directs the worker safety and health program at the National Employment Law Project, a pro-labor non-profit. “It’s very important to the agency that the summary data be accurate so that it doesn’t portray a workplace that’s safer than it really is."

In retrospect, Tesla’s handling of the workplace-safety scrutiny appears similar to how it dealt with a National Highway Traffic Safety Administration investigation into Autopilot in 2017. The agency concluded the controversial driver-assistance system wasn’t defective and didn’t need to be recalled partly based on a finding that Teslas with Autopilot installed were crashing 40% less than those without. But a study released last year said Tesla handed over data to NHTSA that was incomplete or contradictory. The agency has said it stands by the finding.

In its December memorandum, Cal/OSHA said the 2018 summary data Tesla provided to the government was missing roughly three dozen incidents that were listed in its logs, or 4% of the total. For 2016, 44% of the incidents weren’t included.

The $400 citation Cal/OSHA issued that month was for 14 injuries or illnesses the agency said the company failed to properly record in its logs. Four of those occurred in 2019, and the others were between 2015 and 2018. Tesla is appealing the citation, and the agency said it’s reviewing additional evidence the company has provided.

Cal/OSHA said in its December memorandum that disparities sometime arise when companies learn about incidents and add them to their injury logs after they’ve sent their summary to the government. But the agency said that when there are “significant numerical disparities," a company should consider whether its processes are “adequate to verify accuracy".

The government uses the annual summary logs to calculate total work-related injury and illness rates, measured as the number of incidents per year per hundred full-time employees. For 2018, the Bureau of Labor Statistics said the overall rate for automobile manufacturing was 6.1. The figures Tesla reported on its summary log for 2018 add up to a rate of 6.2; including the additional 36 incidents that Cal/OSHA says were omitted would raise Tesla’s rate to 6.5.

Tesla’s Fremont plant produces the Model S, X and 3 and is just starting to build Model Y, a new crossover slated to begin customer deliveries this month. The company began making the Model 3 at a new factory near Shanghai in December and aims to begin construction of a plant near Berlin this year.