Home Auto News Tesla Stock Overvalued? At Over $1,000 Per Share, The Debate Rages On

Tesla stock overvalued? At over $1,000 per share, the debate rages on

Morgan Stanley analysts have predicted that Tesla shares are set to take a dive.There is a general perception that investors look at Tesla as more of a rapidly-growing tech company rather than an automobile maker.
By : HT Auto Desk
| Updated on: 24 Jun 2020, 11:08 AM 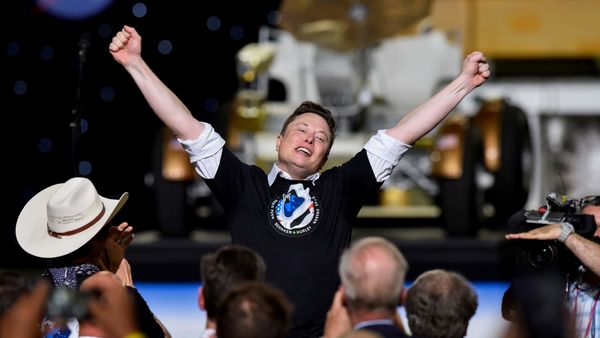 There appears to be no stopping the surging share prices of Tesla with each share now at over $1,000. While the automotive company is at the cusp of becoming the most valuable in its field of play, analysts from Morgan Stanley have highlighted the risks involved and claim that the stock is overvalued.

According to a report in Forbes, Morgan Stanley analysts have predicted that Tesla shares are set to take a dive. This comes at a time when stock prices of the California-based company have rebounded significantly to four digits after crashing to $400 during a sell-off spurned by coronavirus in March.

Morgan Stanley analyst Adam Jones has been quoted in the Forbes report as saying that while Tesla stock remains lucrative, it is hard for the EV maker to justify its stock price over the span of the next decade. He has further said that investors are not giving due importance to execution and market risks that Tesla is possibly staring at. There is a general perception that investors look at Tesla as more of a rapidly-growing tech company rather than an automobile maker.

Interestingly, Tesla CEO Elon Musk himself had said the company's share price was too high. His May 1 tweet had led to a crash in prices by 10%, only for it to rebound. "We view these comments as tongue-in-cheek and it’s Elon being Elon," Dan Ives, a Wedbush Securities analyst has been quoted as saying by Bloomberg.

Musk being Musk, however, can often prove to be costly as well. The CEO and Tesla had each paid $20 million to settle the securities-fraud lawsuit the SEC brought in September 2018 after Musk had claimed in a tweet that he had the funding to take Tesla private.

Firing from Twitter - penalties and backlash not withstanding, has become increasingly common for Musk. The real-world challenges for Tesla, however, have also threatened to become common. Model Y production schedules are reportedly under stress due to the lockdown that had been in place to contain coronavirus outbreak in Alameda county where Tesla plant is located at. Even as the company attempts to ramp up production, many question if such a ramp up - if possible at all - would actually be in line with the company's current stock price.

For now, most investors appear just too pleased with the Tesla stock and warnings aside, look to keep a firm grip on it.