As Tesla nears the end of the second quarter (June 30), CEO Elon Musk emphasised its importance to the staff, asking them to go all out and meet the demand for the quarter.
By : IANS
| Updated on: 23 Jun 2020, 06:10 PM 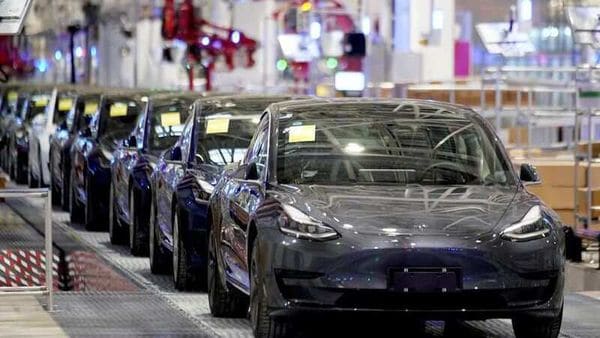 FILE PHOTO: Tesla China-made Model 3 vehicles are seen during a delivery event at its factory in Shanghai, China.

Elon Musk has sent a crisp email to all Tesla employees, telling them to go all out, produce and sell the vehicles to meet the demand for the end of the quarter (June 30).

As reported by Electrek, the Tesla CEO addressed the importance of the last week of the quarter: "For many reasons, a great deal of Tesla execution worldwide is packed into the final week of the quarter. It is very important that we go all out through end of June 30 to ensure a good outcome," he wrote in the email.

Tesla's second quarter ends on June 30 and the electric car maker is aiming to boost sales as the factories were shut down owing to the pandemic for most days. "Wouldn't bring this up if not very important," said Musk.

Tesla reopened its Fremont, California-based factory after a long fight with the local authorities as sheltering-at-home rules were in place in May.

Tesla posted a surprise profit of $16 million in the first quarter of 2020 despite temporary disruptions in productions due to Covid-19 restrictions.

The company ended the quarter with $8.1 billion of cash.

Tesla said the volume growth in the Gigafactory Shanghai led to a material improvement in margins of locally made Model 3 vehicles.