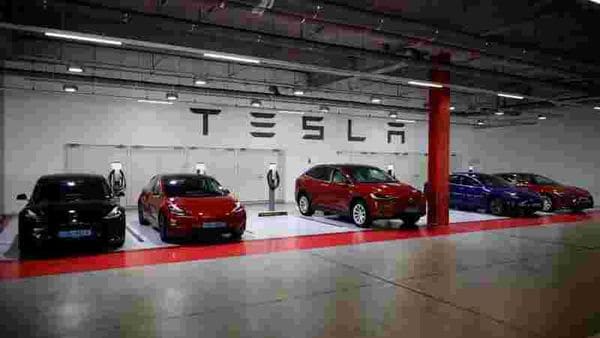 After doubling the value of Tesla Inc. shares over the past three months, investors are taking a breather on Thursday following the electric-vehicle maker’s fourth consecutive quarterly profit, which was widely anticipated by the market.

Tesla’s market valuation of $280 billion now dwarfs even the biggest of the traditional carmakers, as its stock soared 262% this year, even after a steep decline in February-March on coronavirus-related concerns. The shares dropped as much as 7% to $1,480.77 on Thursday, after initially rising on the news of second-quarter profit and the enhanced possibility it will enter the S&P 500 Index.

With the latest results out of the way, the focus will turn to Tesla’s growth rate, especially as its valuation now compares with some of the most valuable technology companies.

While the company’s vehicle delivery numbers and quarterly profit were impressive, “automotive revenue declined 4% year-over-year and has been in a downward trajectory since peaking in fourth quarter of 2019," Needham analyst Rajvindra Gill wrote in a note to clients. Gill noted that free cash flow was also down from the year-ago quarter, which Tesla said was due to a higher percentage of deliveries occurring at the end of the quarter.