Rising electric-car demand has pushed up manufacturers’ shares this year, prompting them to sell more stock to fuel their growth.
By : Bloomberg
| Updated on: 11 Dec 2020, 10:20 AM 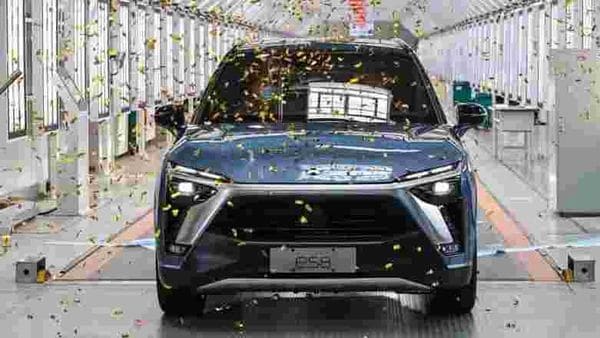 Chinese electric-car maker Nio Inc. joined the rush for fundraising among new-energy vehicle manufacturers, capitalizing on a 11-fold increase in its share price this year to boost its coffers.

The manufacturer is selling 60 million American depositary shares in a follow-on offering, and has the option to sell another nine million, according to a statement. Based on its latest share price of $45.22, the carmaker could raise as much as $2.7 billion, excluding a greenshoe option.

Rising electric-car demand has pushed up manufacturers’ shares this year, prompting them to sell more stock to fuel their growth. On Wednesday, Chinese rival Xpeng Inc. raised $2.16 billion in an upsized share sale. A week earlier, Li Auto Inc. sold $1.36 billion of new stock, while industry leader Tesla Inc. is raising as much as $5 billion in its third stock offering this year.

Electric-car demand is increasing in China, benefiting Tesla as well as its local contenders such as Nio and Xpeng that focus on their domestic market. Sales of new energy vehicles, which includes electric cars, more than doubled last month to 169,000 units, according to China Passenger Car Association.

Nio’s share sale adds to what is already a record year for Chinese capital-raising on U.S. exchanges, even as relations between the world’s two biggest economies are at a low ebb. US equity capital markets are having a blistering end to the year, with billions of dollars of stock being sold through initial public offerings and follow-ons.