A Fremont police official visited Tesla factory to confirm employee screening, physical distancing and face covering measures being undertaken at the plant.Local health officials have also provided recommendations and clarifications to the company about how to notify of infection cases.
By : Bloomberg
| Updated on: 14 May 2020, 14:26 PM

Police visited Tesla Inc.’s sole U.S. car plant Wednesday to assess whether the electric-car maker was adhering to safety protocols agreed to with the county that Elon Musk publicly said he would defy earlier in the week.

A lieutenant with the Fremont, California, police department went to the factory late in the afternoon to view employee screening and physical distancing measures, as well as to confirm universal use of face coverings. Findings from the visit -- which Tesla was notified of in advance -- will be presented to the public health officer for Alameda County, which will determine compliance, according to a police spokeswoman.

The police visit followed a confusing series of events that has typified the U.S. debate over how soon to reopen the economy. Alameda County issued a statement late Tuesday saying it had agreed to let Tesla augment “minimum basic operations" at the factory more than a full day after Musk, the chief executive officer, said the company was restarting production and was doing so against county rules. President Donald Trump and Treasury Secretary Steve Mnuchin voiced support for the carmaker.

The county said Wednesday that Tesla representatives confirmed the company was not fully operating.

“Tesla has confirmed that its operations require a substantial lead time to become fully operational, and their current operations are only slightly above minimum business operations," Neetu Balram, a spokeswoman for the county health department, said in an email. Fremont police have done multiple site visits at the plant over several years and are able to confirm the company’s claims based on their knowledge of what the carmaker’s normal operations look like, she said. 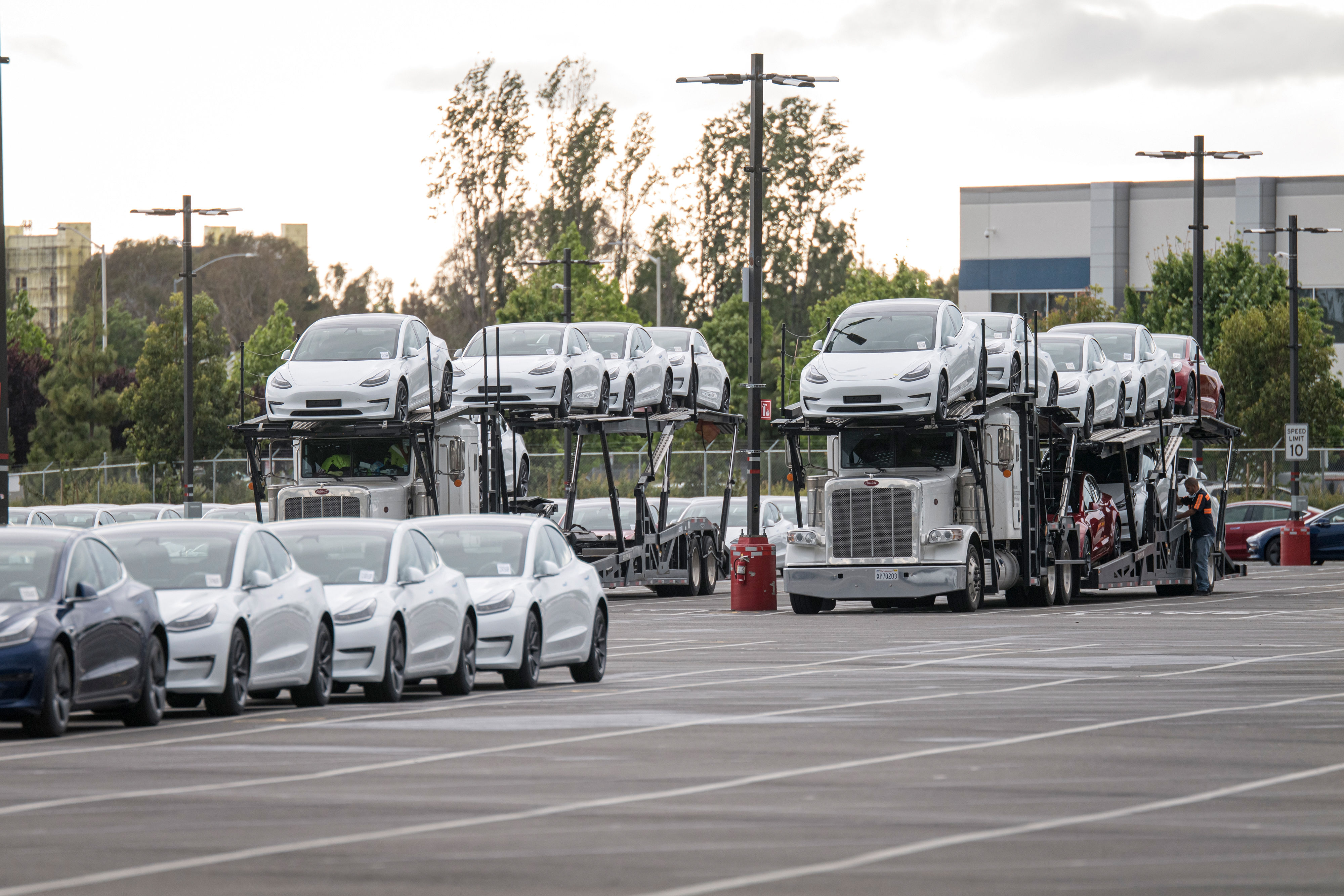 If police found a possible violation of the county’s health order or safety measures to which the company agreed, the county and police could decide to present information to the district attorney’s office. But the police spokeswoman played down the possibility of this happening, saying the department’s goal has been to gain compliance through cooperation with all businesses in the city.

“Given the unique nature and scale of automobile manufacturing and the safety measures agreed to by Tesla, we concluded that ramp-up activity with a minimal increase in minimum basic operations can occur safely," Balram said.

After publicly releasing a back-to-work plan over the weekend, Tesla submitted a new, site-specific plan for the Fremont plant to county officials on Monday. County health officials asked Tesla to screen employees before they board shuttle buses, instead of upon arrival at the factory. They also provided recommendations and clarifications regarding how to notify local public health officials of cases and asked the company to strengthen its mandate of face coverings.

(Also read: 'Come back to work or else...': Tesla issues stern warning at California plant)

The San Francisco Bay area was the first region in the U.S. to shut down to slow the spread of the coronavirus and has been cautious about reopening. Tesla is one of the county’s largest employers, with more than 11,000 Fremont workers furloughed, according to a notice filed with the state.

The county has identified several indicators it’s monitoring as it makes decisions about reopening, including case rates, hospital capacity, testing, contact tracing and supplies of personal protective equipment. The county said it is about one third of the way toward meeting its goal to handle 3,100 tests per day. It has expanded its staff dedicated to contact tracing to 60, from just seven, but says its goal is to have 300 people handling that work.