A report published recently informed that over 130 Tesla employees worldwide have tested positive for Covid-19.Tesla, in an email to employees, informed that the data is being validated. It did admit though that it is looking at 130 positive cases but that this was only 0.25% of all employees.
By : HT Auto Desk
| Updated on: 17 Jul 2020, 08:59 AM 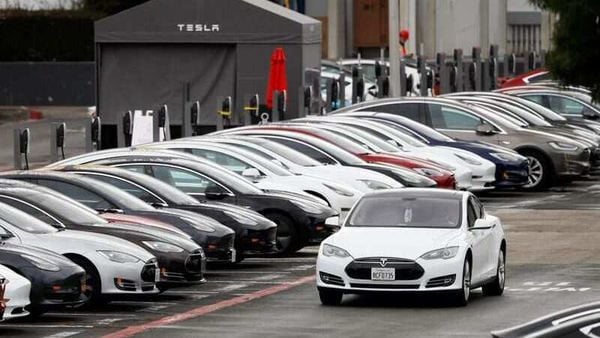 EV maker Tesla has gone the extra mile to convince workers that there has been no major outbreak of Covid-19 at its facilities around the world. This after a report citing internal company data had informed that around 130 employees of the company had tested positive.

Electrek had reported that more than 130 employees of Tesla may have tested positive for Covid-19 and had based its report on internal company data. Shortly after this report, Tesla is learnt to have shot off an email to workers in which the company claimed that only 10 cases have come up - transmitted in the workplace - since January. Associated Press reported that the letter was from Laurie Shelby, Tesla's vice president of environmental, safety and health.

Interestingly though, Shelby did mention that Tesla is looking at 130 positive cases among the company's employees and while referring to the Electrek report, informed that the data 'was in the process of being validated. Tesla employees over 55,000 people across the world and Shelby said that only 0.25% of these have tested positive and may have never entered any Tesla facility in any part of the world. “Nearly all — more than 99.99 per cent — of these occurrences were not cases of virus transmitted at work," the letter reads. "Most of the positive cases resulted from an individual living with or traveling with someone with Covid-19 and have returned to work after recovering from home."

The main Tesla assembly plant, the one in California, had been at the center of a raging controversy in months gone by after it was temporarily shut down due to restrictions in place in Alameda County. CEO Elon Musk would eventually court arrest in his bid to resume production here and slammed health officials in the county - even threatening to move the plant out to another state.

Health officials would eventually relent but asked the Tesla facility to strictly adhere to safety and health protocols.

Some employees at the plant claim Tesla isn't bothering much with safety protocols.

Concerned employees have raised alarm bells about the facility and some have even refused to report to work. They have reportedly been told that they can take leave without pay.

Tesla has delivery commitments and timelines to meet and production delays does the company no good at all. Safety standards at plants, however, may be a little short of perfect even though Tesla maintains it remains its No. 1 priority in current times.