Tesla planning new production facility. These are locations being considered

Location of the new Tesla manufacturing site in North America will be announced by the end of the year.
By : HT Auto Desk
| Updated on: 14 Jun 2022, 11:11 AM 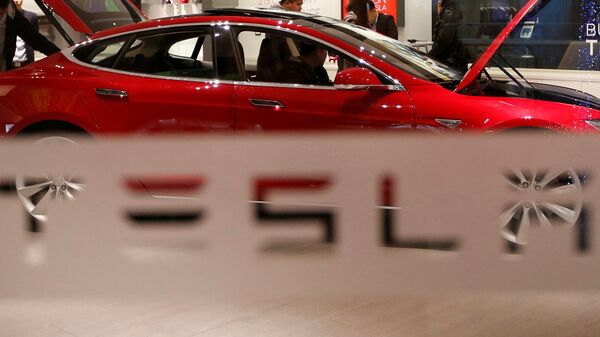 FILE PHOTO: A man looks around Tesla Motors' Model S P85 at its showroom in Beijing.

US EV giant Tesla is planning to build a new production facility in North America but it might not be in the US this time. Location options being considered by CEO Elon Musk include Canada and Mexico, Electrek reported, citing a recording of a company-wide meeting. The CEO also said that the location of the new site will be announced by the end of the year.

Ramping up of production at Texas facility could prove to be challenging as the Texas-built Model Y is being equipped with the company's new 4680 cell and structural battery pack. Thus, the EV giant will need to ramp up the production of the new cell and of the new electric SUV with the updated structural battery pack architecture. Tesla has previously stated that it aims to achieve volume production at its Texas Gigafactory by the end of this year.

Though the location of the next Tesla Gigafactory in North America is yet to be known, the report suggests that Canada could make for an ideal site because it has all the natural resources needed to build batteries as well as a competent workforce. The guess for Canada being the ideal location makes sense considering what Musk had previously said about Tesla's new factory.

The entrepreneur said that Tesla will build a factory on or closer to the east coast of the US, and Canada fits the bill as per this description.