Home Auto News Tesla Picks Texas' Austin For Second Us Plant, Where Cybertrucks Will Be Made

Tesla picks Texas' Austin for second US plant, where Cybertrucks will be made 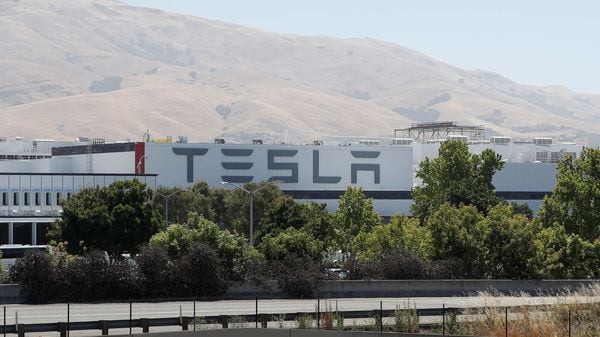 Photo of the Tesla factory seen in Fremont, California, US.

Tesla is zeroing in on an area in southeast Austin, Texas, for the electric-car maker’s second US auto factory as Elon Musk prepares to choose a site for production base of a new pickup truck.

The company has filed an application with an Austin-area school district in Travis County seeking a tax abatement, according to publicly filed documents. Musk, Tesla’s chief executive officer, announced in March the Silicon Valley-based carmaker has begun scouting for sites to produce its Cybertruck, which is still in development, and Model Y crossover for customers on the East Coast.

“Tesla is evaluating the possible development, design, and construction of an electric vehicle manufacturing plant in Travis County," the company said in the filing. The 2,100 acre site under consideration is currently a ready mix concrete facility owned by Martin Marietta Materials Inc. Construction is proposed to start in the third quarter of this year pending all required approvals.

The 4 to 5 million-square-foot plant would employee 5,000 workers and become Tesla’s fourth for vehicle assembly. The company bought its first factory in Fremont, California, from Toyota Motor in the wake of the global financial crisis for just $42 million. It started making Model 3 sedans on the outskirts of Shanghai early this year and is planning to begin output of vehicles near Berlin next year.

Tesla said eight states were initially identified as viable contenders and that it has received unspecified incentive packages ahead of its decision. It has since narrowed the search.

“The current focus is on Oklahoma and Texas as potential locations," the filing said. Tesla said its ability to win a school tax abatement from the Del Valle School District will weigh heavily on its plant location decision. “This is especially critical in Texas due to the high level of real and personal property taxes relative to other states," it said.

Tesla unveiled its Cybertruck prototype in November, with Musk pitching it as a radically different take on a type of vehicle Ford Motor, General Motors and Fiat Chrysler Automobiles NV count on for much of their profits. The demonstration of what were supposed to be shatterproof glass windows on the vehicle didn’t go as planned but went viral, generating enormous publicity.

Musk’s declaration that Tesla would build the plant prompted a chorus of offers from cities and states across the country hoping to land the manufacturing project. The move was reminiscent of the company’s 2014 announcement that it planned to build a massive battery factory. The carmaker chose Nevada after the state offered $1.3 billion in incentives.

The search for the Cybertruck plant began before Musk threatened to move Tesla’s headquarters and future programs to Texas or Nevada after a California county blocked the carmaker from reopening its Fremont factory in the midst of the coronavirus pandemic. Days after his outburst, the company defied county health officials and restarted production.

The planned Cybertruck plant would fulfill a long-held ambition of Musk. In his 2016 “Master Plan, Part Deux" blog post, the CEO wrote that Tesla’s lineup eventually would “cover the major forms of terrestrial transport," including pickups.