Integrating music streaming apps as Tesla's native in-car music service will allow owners to link their accounts to the car's system and play music through the car's interface.
By : HT Auto Desk
| Updated on: 29 Dec 2020, 04:47 PM 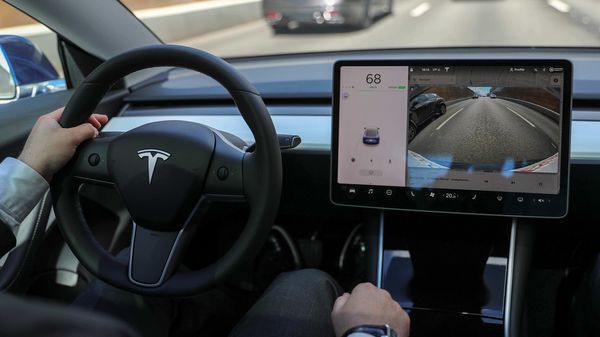 While various car companies opt for phone mirroring with Android Auto and Apple CarPlay support for media playback services inside their cars, Tesla is rather looking at integrating music services into its own user interface.

Recently, CEO Elon Musk had announced that Tesla would add Tidal music streaming service as its native in-car music service. Going by the report, now Apple and Amazon Music have also been added to this list.

A Tesla hacker by the name ‘green’ has spotted some early versions of the music service integration in Tesla’s user interface in a recent software update. The leak reveals that another music service - Audible owned by Amazon, is also a part of this list.

Looks like more media sources are coming soon. Though it's not quite there yet.
The icon in UI is wrong, but the correct on is already populated. pic.twitter.com/dmavYUvuh7

Integrating these music streaming apps to the car's software will allow owners to link their accounts to the services in car and play music through the car's interface instead of connecting their phones; Bluetooth to the car.

On Christmas, Tesla released Firmware 2020.48.25 software update that added a bunch of new features to all the company's models. The over-the-air update allows the car owners to turn their vehicles into boombox, change horn sounds to that of a goat's or a fart, among others. The software package also packed in three in-car video games - The Battle of Polytopia, Cat Quest and Kabal.