Elon Musk has time and again backed in-car entertainment as the next logical step once autonomous Tesla cars are legally allowed on public roads.Tesla is also looking at providing other options to passengers in a car that drives itself.
By : HT Auto Desk
| Updated on: 29 Dec 2020, 09:14 AM 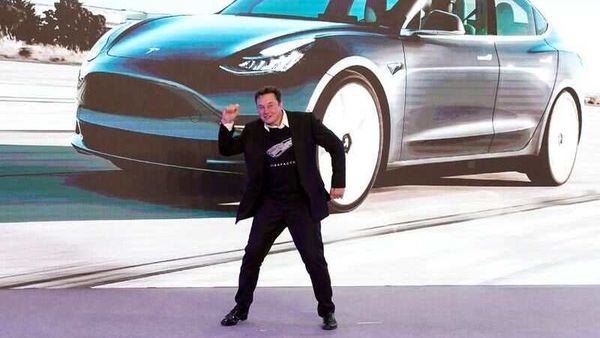 Tesla is forcing its way towards a future when cars will be able to completely and independently drive on city and highway roads across the world without any need for human intervention or even attention. But what will humans then do sitting in a car that is smart enough to take care of mobility on its own? Why, play games of course.

In-car gaming is one of several key areas where Tesla is working on as a means of providing some form of engagement to an occupant(s) when he or she isn't driving a car that is driving itself. As part of the holiday season software updates, the EV maker already rolled out three games and promised to make the multiplayer versions available soon enough. CEO Musk himself is underlining the need for in-car entertainment in a world where autonomous vehicles become common. "What should Tesla do with in-car gaming in an autonomous world?" he asked his Twitter followers recently. "Entertainment will be critical when cars drive themselves," he then added.

This is not the first time that Musk has indicated his strong focus towards either self-driving vehicles or in-car gaming and entertainment.

The world's second wealthiest person is of the opinion that autonomous Tesla cars are far safer than conventional cars because these vehicles eliminate any chance of error in human judgement. Packed with cameras, sensors and radars, Tesla brags that its AutoPilot feature will not only make driving easier but safer.

But while many critics argue about letting a car 'have a mind of its own', Musk has argued that much more can be achieved when the person behind the wheel is actually not responsible for how the vehicle moves and just punches in a destination.

Earlier in 2020, Musk had also made a case for autonomous Tesla cars featuring video conferencing features by making use of an in-car cam. Gaming though remains high on the list of priorities. And while skeptics scoff and remain doubtful, it is hardly the first time that Musk and Tesla are suggesting what could potentially be a game-changer in the automotive industry.