Tesla will start sending out email notification letters to affected owners of the Model 3 and Model Y electric vehicles starting December 24.Tesla has also added a multi-spindle tool to the assembly lines of the vehicles to prevent the defect from occurring in the future.
By : HT Auto Desk
| Updated on: 31 Oct 2021, 11:05 AM 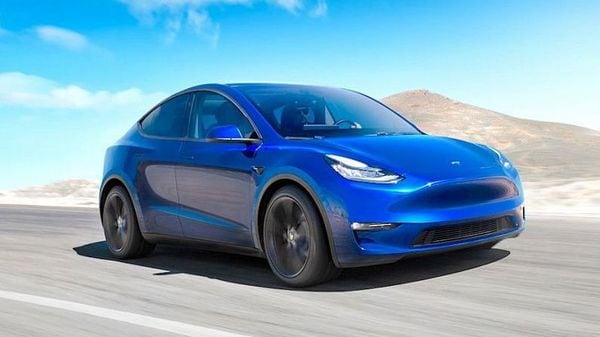 US EV giant Tesla has issued a safety recall for 2,822 Model 3 and Model Y electric vehicles due to a defect that could affect their front suspension set up. The recalled vehicles include Model 3 sedans made between model years 2019 and 2021 and Model Y crossovers made between 2020 and 2021.

The safety issue is related to two fasteners in the front suspension setup that attach its lateral link to the subframe on the vehicles. It was found during an investigation that the fasteners on some vehicles could loosen over time as a result of not being secured to the correct specification.

In case the fasteners loosen or get separate from the sub-frame, it can result in coming off of the lateral link from the vehicle sub-frame. This could lead to shift in the wheel alignment and cause instability, as per the US National Highway Traffic Safety Administration (NHTSA). This can affect the vehicle's control and increase the risk of an accident.

Documents from the safety agency also inform that a loose fastener could cause an abnormal noise in the vehicle that could be used as an alert for the driver. The EV maker will inspect all its recalled vehicles for proper torque specs on both fasteners affixing the lateral link to the sub-frame. The company's service representative will re-torque the vehicle in case any damage is caused to the vehicle by the suspension defect. The company will also replace damaged components.

(Also read | Tesla Dojo might reduce traffic fatalities by 99%: What is it?)

Tesla will start sending out email notification letters to affected owners of the Model 3 and Model Y electric vehicles starting December 24. The company has also made an amendment to its assembly line for both the vehicles to prevent the issue in the future. It has added a multi-spindle tool, which tightens both fasteners to the subframe simultaneously, to the assembly line.