Home Auto Cars News Tesla Dojo Might Reduce Traffic Fatalities By 99%: What Is It?

Tesla Dojo might reduce traffic fatalities by 99%: What is it? 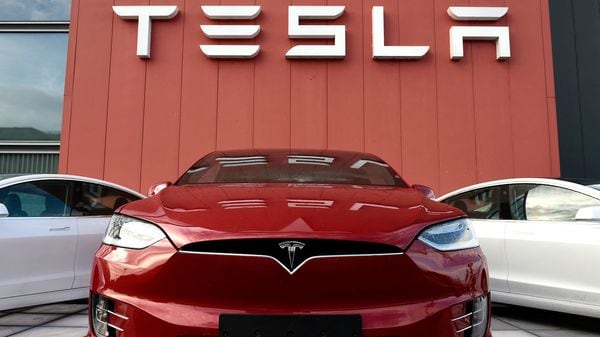 Tesla Autopilot and fully autonomous driving systems would be improved by the Dojo supercomputer.

Tesla is synonymous with innovations. The electric carmaker is not only working on different EV models but on charging infrastructure and other things as well. One of the upcoming projects from the brand is the Dojo supercomputer, which is claimed to reduce traffic fatalities by up to 99 per cent.

Tesla yesterday tweeted just two words “Dojo whitepaper", along with a link to a PDF entitled. Tesla CEO Elon Musk in a reply to that tweet simply wrote "This is more important than it may seem at first." He also replied to one of the Tesla enthusiasts that the Dojo supercomputer might reduce traffic fatalities by over 99 per cent at the end.

This is more important than it may seem at first

Tesla will reportedly use its Dojo supercomputer to optimize the training and development of the Autopilot semi-autonomous driver-assist system and the much-hyped full self-driving technology as well.

Reducing traffic fatalities by 90% seems likely, perhaps ultimately by over 99%

The Autopilot semi-autonomous driving technology too has made headlines for wrong reasons in the recent past. In several cases, Tesla electric vehicles were involved in major or minor accidents, where investigation revealed the Autopilot system was on during impact. This brought the system under criticism and scanner of NHTSA probe as well.

The latest development of the Dojo supercomputer is likely to address these concerns around the Autopilot technology. If Tesla becomes able to address the issues of traffic fatalities as advertised by Elon Musk, the electric cars by the US EV brand are expected to become much safer than they already are. In fact, this supercomputer might help the Tesla Autopilot and fully autonomous driving system to avoid all the accidents, which seems almost impossible though.