Tesla reported better-than-expected 2020 vehicle deliveries, driven by a steady rise in electric vehicle adoption.
By : Reuters
| Updated on: 21 Jan 2021, 08:04 AM 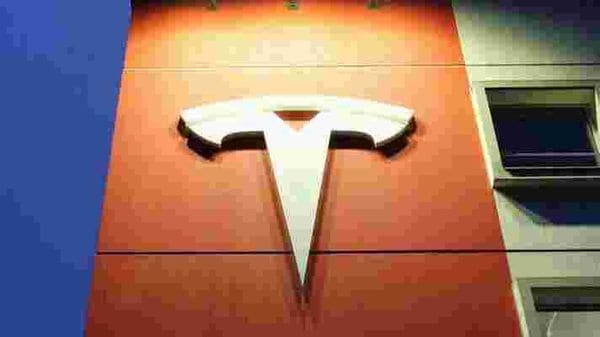 File photo: A logo of car manufacturer Tesla is seen at a branch office.

Tesla Inc's vehicle registrations in the US state of California jumped nearly 63% during the fourth quarter compared with last year, largely due to the success of the company's Model Y, according to data from Cross-Sell https://info.cross-sell.com/tesla-special-report-0, a research firm that collates title and registration data.

The automaker reported better-than-expected 2020 vehicle deliveries earlier this month, driven by a steady rise in electric vehicle adoption, even though it narrowly missed its ambitious full-year goal of half a million deliveries during a punishing year for the global auto industry.

The report released on Wednesday showed registrations in California, a bellwether for the electric carmaker and its largest U.S. market, recovered from a third-quarter low of about 16,200 vehicles to around 22,117 vehicles in the three months ended December.

Total fourth-quarter vehicle registrations in the 23 states, where data was collected, stood at 44,749, with Model Y accounting for nearly half the registrations.

Tesla, whose shares surged over 700% in 2020, is expected to report fourth-quarter results after market close on Jan. 27.