Home Auto News Tesla Could Struggle To Implement Some Of Its Battery Advances: Experts

Tesla could struggle to implement some of its battery advances: Experts

Tesla's new battery cell is key to achieving the goal of cutting battery costs in half and ramping up battery production nearly 100-fold by 2030.As per an expert, the hardest thing is not making the cell but manufacturing it at scale.
By : Reuters
| Updated on: 24 Sep 2020, 10:02 AM 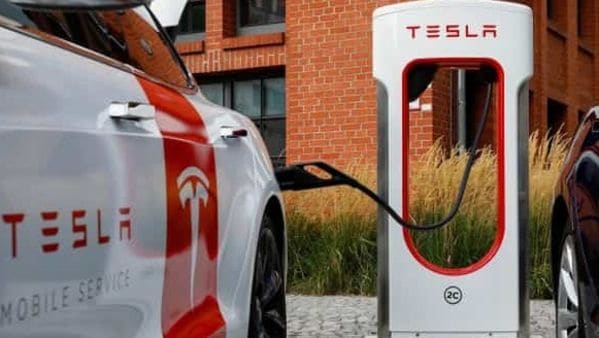 A Tesla car is seen at the V3 supercharger equipment during the presentation of the new charge system in the EUREF campus in Berlin, Germany

The advanced battery cell design and new manufacturing processes outlined by Tesla Inc CEO Elon Musk are promising, battery experts say, but they questioned how quickly they can be implemented and how much they’ll contribute to reducing overall costs.

Tesla's new battery cell — a larger cylindrical format called 4680 that can store more energy and is easier to make — is key to achieving the goal of cutting battery costs in half and ramping up battery production nearly 100-fold by 2030.

"We’re not getting into the cell business just for the hell of it, it’s because it’s the fundamental constraint" to eventually producing 20 million vehicles a year, Musk said on Tuesday in a "Battery Day" presentation that disappointed investors.

Following are comments from battery experts on Musk's plans:

Gene Berdichevsky, CEO and co-founder of battery materials manufacturer Sila Nanotechnologies and a former Tesla battery systems architect: “The most concrete, most tangible and maybe the most impactful thing is the new cell design. That’s a really good design, leading to lower manufacturing costs at the cell level. The hardest thing ever isn’t making it (the cell), the hardest thing is manufacturing it at scale."

Shirley Meng, a professor at the University of California San Diego: "Most of the claims were expected, like the 4680 format, the tabless design, the silicon anode, the diversified cathode choices. I was caught by surprise by the cathode manufacturing process and the new aluminum-based alloys."

Gary Koenig, an associate professor at the University of Virginia: "It seems like often people are looking for a new type of battery, but changing things like form factor can make a big difference, and a lot of the Battery Day discussion mentioned those advances. Making processing easier and faster, and even successfully making the (battery) wider or electrodes thicker, can make relatively big improvements at the larger pack level."

"As Musk mentioned, battery electrode processing involves adding and later removing solvent, so it seems intuitively like there should be a way to cut out that step. The solvent addition really helps to blend the multiple desired components, so getting good adhesion and mixing without the solvent I expect to be challenging."