The plaintiff accused Tesla head Elon Musk of driving up the price of Dogecoin only to let it fall afterwards.
By : HT Auto Desk
| Updated on: 17 Jun 2022, 08:32 AM 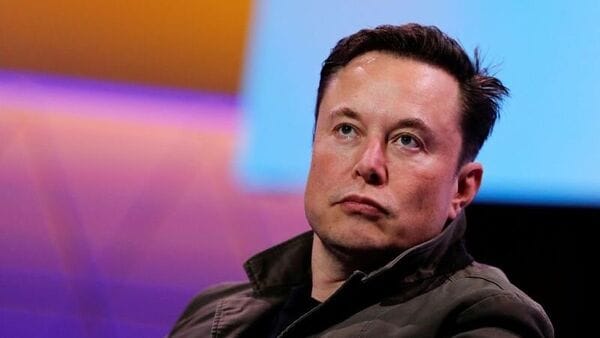 Tesla chief Elon Musk has been sued for $258 billion by a Dogecoin investor who accused Musk of carrying on a pyramid scheme to keep the cryptocurrency afloat. The complaint has been filed in federal court in Manhattan. The plaintiff, Keith Johnson, accused the Tesla head of driving up the price of Dogecoin only to let it fall afterwards.

According to a report by Reuters, the complaint stated the defendants have been aware since 2019 that Dogecoin had no value and despite that, the cryptocurrency has been promoted for profit in the trading. “Musk used his pedestal as World's Richest man to operate and manipulate the Dogecoin Pyramid Scheme for profit, exposure and amusement." The complaint statement also collects comments from Warren Buffett, Bill Gates and others who have questioned the value of cryptocurrency.

The plaintiff is seeking $86 billion in damages that represent the dip in the value of Dogecoin in the market since 2021 and demands its valuation to be tripled. Johnson also urged to block Musk and his companies from promoting the cryptocurrency. He also wants a judge to declare trading of the given cryptocurrency as gambling under federal and New York law.

Earlier this year, Musk took to Twitter to announce that Tesla will accept Dogecoin as payment for its merchandise. He also had stated in the past that the EV company will take the cryptocurrency as payment on a test basis. Following this statement, Dogecoin's value increased by more than 20 per cent in December 2021. Musk has also referred to the cryptocurrency as people's currency in the past following which the value of Dogecoin grew by 4,000 per cent.

(Also read | Tesla hikes car prices in the US, all models become pricier )

Last year saw many such statements from Musk that affected the value of Dogecoin and another cryptocurrency, Bitcoin. The latter saw numerous fluctuations after Tesla CEO said first that the EV company will accept the cryptocurrency as payment only to backtrack later stating environmental concerns that may arise while processing Bitcoin.