Tesla chief Elon Musk stated that global semiconductor shortage and deficiency of ships are major reasons which are stopping Tesla to grow at full throttle.Elon Musk also shared that Tesla should be through severe supply chain shortages by 2023.
By : HT Auto Desk
| Updated on: 08 Oct 2021, 12:08 PM 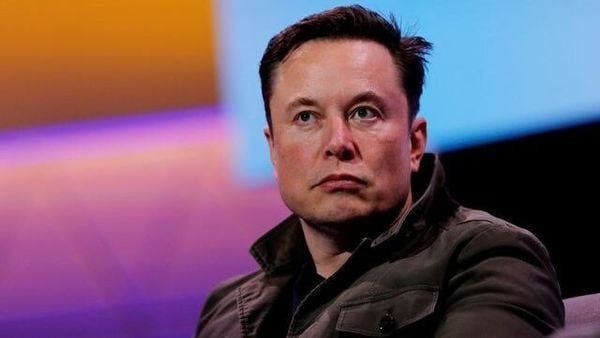 Tesla chief Elon Musk in a recent annual shareholder meet stated that the ongoing global semiconductor shortage and scarcity of ships have become obstacles in Tesla's way of growth.

Musk highlighted that he hopes that this chip crisis will soon be resolved and also feels confident that Tesla will be able to maintain growth above 50 per cent for a while. “It looks like we have a good chance of maintaining that. Basically, if we can get the chips we can do it. Hopefully, this chip shortage will alleviate soon but I feel confident of being able to maintain something like at least above 50% for quite a while," he was quoted saying as in the report.

Despite chip crunch, Musk also stressed that in the third quarter the biggest challenge that the EV maker had to face was the shortage of ships. He mentioned that due to ‘significant cost pressure’ in the supply chain, Tesla had to increase the prices of its electric vehicles at least temporarily. Musk further predicted that it may take another 12 months before the situation improves. “We should be through our severe supply chain shortages in ‘23," he said.

Though the semiconductor shortage has impacted automakers around the world, it seems that Tesla is comparatively in a better position for now. The United States registered a dip in its vehicle sales in the latest three-month because of limited production due to supply-chain constraints. General Motors endured a big punch as its sales dropped by a third in the current quarter.