Tesla has surpassed its own average projected number of 2,21,952 for the latest quarter. Tesla delivered 40,050 more EVs compared to its second quarter.Tesla Model 3 and Model Y comprised 96 per cent of the total sales in the third quarter.
By : HT Auto Desk
| Updated on: 03 Oct 2021, 09:54 AM 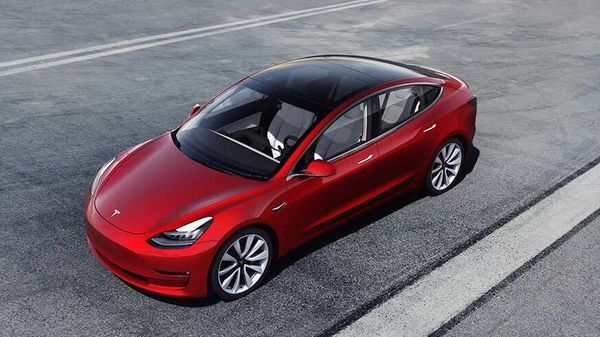 Tesla Inc. delivered about 2,41,300 electric vehicles worldwide in its third quarter, setting a record for the EV maker. The numbers of these quarterly deliveries are closely observed by Tesla as it helps it to understand the demand for electric vehicles as the automotive industry is steadily transitioning towards electrification.

Earlier in September Tesla chief Elon Musk sent an email to employees urging them to “go super hardcore" to “ensure a decent Q3 delivery number," and these numbers look surely more than satisfactory. Tesla also released a statement stating that the company would like to thank all the customers for being patient as the EV brand had to deal with supply and logistics issues, mentioned in the report.

It informed that deliveries of Tesla Model 3 and Y constituted about 96 per cent of electric cars that have been shipped. The final delivery number surpass the average projection of 2,21,952 that Tesla sent to investors, stated the report. Tesla delivered 40,050 more EVs this quarter compared to its second one. An analyst Dan Ives from Wedbush Securities, a private investment firm shared that these numbers are indeed shattering some records. “With the chip shortage a major overhang on the auto space and logistical issues globally these delivery numbers were “eye-popping" and speaks to an EV demand trajectory that looks quite robust for Tesla heading into 4Q and 2022," he was quoted by Bloomberg.

Tesla's latest delivery numbers show that the EV company has fared well despite the ongoing global semiconductor shortage that has impacted many automakers. General Motors took a big hit as its sales in its home market dropped by a third in the third quarter.

Tesla is also focusing on the completion of the new factories located in Texas, Berlin and Austin. The report stated that the EV major, for the first time, mentioned its dateline for production and delivery release as Austin. Tesla is also going to conduct its annual shareholder meet from its Austin factory.