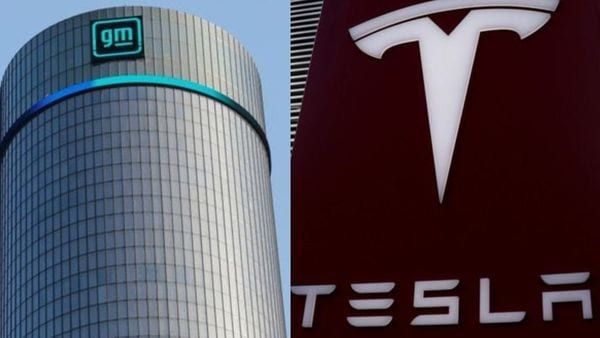 US automaker General Motors has big ambitions for its transformation to electric mobility as it has pledged to dethrone the EV giant Tesla and double its annual revenue by 2030. The automaker aims to introduce a slew of new electric vehicles as well as electronic driving system that can handle most tasks on the road to capture a lion's share in the US electric vehicle market.

In order to become a market leader in the US electric vehicle market, GM plans to spend $35 billion to roll out more than 30 new battery vehicles globally by 2025. The company has also set a goal of selling only electric passenger vehicles by 2035. To fulfil its goal of becoming a market leader, the auto company will have to overtake Tesla, which recorded a record third-quarter sales of 241,300 electric vehicles, a 72% increase over the prior year.

Ahead of its two-day investor event, General Motors also teased its upcoming new electric vehicles including a small Chevrolet SUV that will cost around $30,000, electric trucks from Chevrolet and GMC, crossover SUVs from Buick, and luxury vehicles from Cadillac. An electric Chevrolet Silverado pickup truck with 400 miles (640 kilometers) or range will also be unveiled at the CES gadget show in January. This will be followed by a GMC electric pickup truck.

The automaker plans to create a dedicated factory to build electric trucks from an existing facility and hopes that electric vehicles will draw more customers towards the brand, GM President Mark Reuss said, AP reported. Further, the company plans to have more than half of its North American and China factories to be capable of making electric vehicles by 2030. The automaker has also pledged to increase its investment in EV charging networks by nearly $750 million through 2025.