Tesla CEO Elon Musk gave impetus to Bitcoin joining the mainstream when Tesla said it invested $1.5 billion and was prepared to begin accepting the cryptocurrency as a form of payment for its cars.
By : Bloomberg
| Updated on: 21 Feb 2021, 09:18 AM

Bitcoin surged to another record on Saturday after reaching more than $1 trillion in market value for the first time, leaving some of its biggest backers in a state of wonderment.

In a tweet, Elon Musk said Bitcoin prices “seem high." The world’s richest person was replying to Peter Schiff -- a crypto skeptic and gold bug -- who said the precious metal is better than Bitcoin and fiat money.

“Money is just data that allows us to avoid the inconvenience of barter," Musk tweeted. “That data, like all data, is subject to latency & error." In a following post, he added, “that said, BTC & ETH do seem high lol."

Musk earlier called Bitcoin a “less dumb" version of cash. The largest cryptocurrency rose as much as 3.4% to a record high of $57,527 on Saturday before paring gains to $57,040 at 1:26 p.m. in New York. It’s surged 56% since the end of January and more than quadrupled last year. For several years after its debut more than a decade ago, Bitcoin traded for just a few cents.

(Also read | Owning Bitcoin is only a little better than holding cash, as per Elon Musk)

Crypto believers are dueling with skeptics for the dominant narrative around the climb: the former see an asset being embraced for its ability to hedge risks such as inflation, while the latter sense a precarious mania riding atop waves of monetary and fiscal stimulus.

Musk gave impetus to Bitcoin joining the mainstream when Tesla Inc. said it invested $1.5 billion and was prepared to begin accepting the cryptocurrency as a form of payment for its cars. According to Dan Ives at Wedbush Securities, Tesla has made a profit of about $1 billion over the past month from that bet.

“To put this in perspective, Tesla is on a trajectory to make more from its Bitcoin investments than profits from selling its EV cars in all of 2020," Ives wrote in a note Saturday. 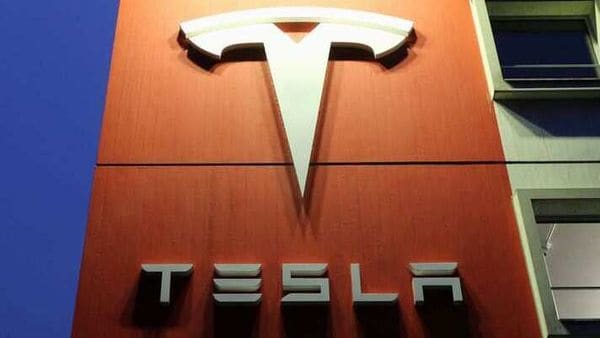 FILE PHOTO: A logo of car manufacturer Tesla is seen at a branch office (REUTERS)

Traditional finance officials who have seen little value in the digital currency see the surge as part of a larger speculative bubble. Howard Lutnick, chief executive officer of Cantor Fitzgerald LP, said the dramatic rise in values of Bitcoin and Tesla was driven by retail investors in much the same manner that led to last month’s surge in GameStop Corp. shares. Tesla gained more than 700% last year.

“With all due respect: What’s Tesla been? Why was Tesla up?" Lutnick said Friday on Bloomberg TV. “It’s because retail kept buying it. Why is Bitcoin where it is? Because retail keeps buying it. This is just another form of the same thing. GameStop was Bitcoin and Tesla."

Still, investors haven’t failed to notice the outperformance compared with traditional assets. The Bloomberg Galaxy Crypto Index has towered over the returns of stocks, gold, commodities and bonds so far this year.

Advocates such as former hedge fund manger and Galaxy Digital founder Mike Novogratz are seeking to position themselves for even bigger gains.

Galaxy’s trading desk is one of several that are providing Bitcoins for the Purpose Bitcoin ETF, the first ever approved. The Toronto Stock Exchange-listed fund debuted Thursday. CI Global Asset Management filed this week in Canada to offer the CI Galaxy Bitcoin ETF. Galaxy Digital will act as the Bitcoin sub-advisor, and execute trades on behalf of the proposed ETF. None have been approved in the US

“Crypto is being institutionalized at an accelerating rate," Novogratz said in an interview Friday with Bloomberg. “It’s all part of this accelerating evolution of being a store of value."