Elon Musk's long relationship with California soured this spring when Alameda County shutdown orders stopped production at Tesla's plant in Fremont.Texas has no personal income tax, while California imposes the highest personal income levies in the nation on its richest residents.
By : Bloomberg
| Updated on: 09 Dec 2020, 10:43 AM

Elon Musk has moved to Texas to focus on two big priorities for his companies: SpaceX’s new Starship vehicle and Tesla Inc.’s new Gigafactory, currently under construction in Austin.

There also are potentially enormous tax implications for Musk, who recently became the world’s second-wealthiest person. Texas has no personal income tax, while California imposes the highest personal income levies in the nation on its richest residents.

“I have moved to Texas," Musk said, speaking in a live interview with the Wall Street Journal. Musk did not specify where or say if he has purchased property.

Musk, 49, has lived in the Los Angeles area, where SpaceX is headquartered, for two decades. Tesla is headquartered in Palo Alto, California, and the electric-car maker’s flagship auto plant is across the San Francisco Bay in Fremont.

Musk criticized California in the interview, saying it had become complacent with its status as an economic giant and less attractive to him.

“If a team has been winning for too long they do tend to get a little complacent, a little entitled and then they don’t win the championship anymore," he said. “California’s been winning for a long time. And I think they’re taking them for granted a little bit." FILE PHOTO: A Tesla sign is seen on the Shanghai Gigafactory of the US electric car maker (REUTERS)

The Bay Area, which is headquarters for some of the world’s biggest tech companies including Apple Inc. and Google parent Alphabet Inc., has been upended by the pandemic. Many tech employees have been required to work from home and that has spurred some to relocate. Social media giants such as Facebook Inc. also have faced criticism for allegedly thwarting competition.

SpaceX tests rocket engines in McGregor, Texas, west of Waco, and is building its massive new Starship spacecraft in Boca Chica, Texas, south of Brownsville near the Mexican border. Tesla is expanding its global operations with a new factory in Shanghai that opened last year and another being built in Berlin.

Musk, who has always been highly mobile, frequently shuttles between California, Austin and Boca Chica on his private Gulfstream G650 jet, along with frequent international trips to Berlin and China.

As Tesla’s stock has soared this year, Musk’s personal wealth has ballooned to more than $155 billion, making him the second richest person in the world after Amazon.com Inc.’s Jeff Bezos. The company’s shares rose 1.3% to close Tuesday at $649.88. 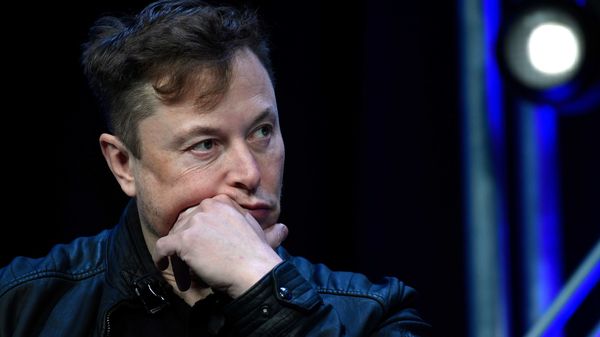 But Musk’s relationship with California is likely to endure, and thousands of his employees work in the Golden State. (AP)

Musk’s long relationship with California soured this spring during the first wave of the coronavirus. When Alameda County shutdown orders stopped production at Tesla’s plant in Fremont, Musk defied local health officials by closing late and reopening early, blasting the rules as “fascist" on an earnings call.

He briefly sued the county and threatened to move Tesla’s headquarters to Texas or Nevada. Musk disclosed on Twitter that he had Covid-19 himself last month.

But Musk’s relationship with California is likely to endure, and thousands of his employees work in the Golden State. He has five teenage sons with his ex-wife Justine Musk, and the two have joint custody.

Tesla announced plans earlier Tuesday to raise $5 billion in additional capital, which Musk said will go toward retiring debt and building up the company’s growing cash reserves -- which he seemed to downplay.

“Debt retirement and to have a bit more of a war chest," said Musk. “At the end of the day what is money? Money’s an entry in a database."

Tesla almost doubled its cash and cash equivalents to $14.5 billion as of Sept. 30, up from $5.3 billion a year earlier. Its total debt -- excluding vehicle and energy-product financing -- came to $8 billion in the third quarter, unchanged from a year ago.