Home Auto News Elon Musk Foundation Moves To Texas But Is Tesla Shifting Out Of California Too?

Elon Musk Foundation moves to Texas but is Tesla shifting out of California too?

Texas is where Tesla is building its next Gigafactory.Elon Musk and health authorities in California's Alameda haven't always seen eye to eye on lockdown-related issues.
By :
| Updated on: 08 Dec 2020, 08:51 AM 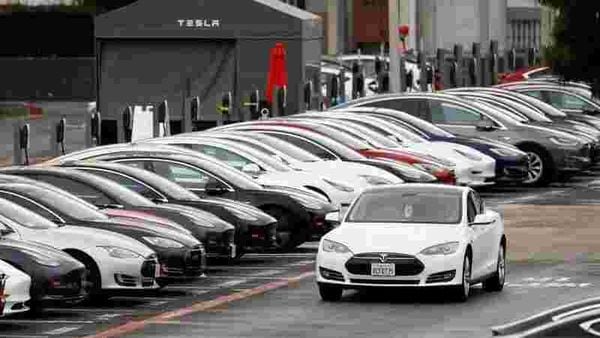 Elon Musk has moved his private foundation to Austin, Texas - another sign the billionaire may be relocating to the Lone Star State.

The Musk Foundation, which was based in California, created an entity in Austin over the summer. The two merged, according to a certificate of merger filed with the Texas Secretary of State in October that Musk signed. The surviving entity is located in the state capital’s downtown area.

Musk’s Space Exploration Technologies Corp. already has two facilities in Texas, and Tesla Inc. is building an assembly plant in Austin. CNBC reported last week that he’s told friends he is moving to Austin himself.

The Musk Foundation has a bare-bones website and keeps a low profile. Formed in 2001, it is dedicated to renewable energy and advocacy, human space exploration, pediatric research, science and engineering education, and research and development into “safe artificial intelligence to benefit humanity." It has awarded grants to a variety of organizations, including the SETI Institute, which seeks evidence of life on other planets, and the Chabot Space & Science Center in Oakland, California.

The foundation’s assets totaled almost $329 million as of June 30, 2018, according to a tax return filed last year. The return showed a $2 million gift to the Future of Life Institute in the Boston area, which focuses on “keeping artificial intelligence beneficial."

Musk, 49, is the chief executive officer of Tesla, headquartered in Palo Alto, California, and SpaceX, based in Hawthorne, near Los Angeles. Tesla’s stock has soared more than 650% this year, and Musk’s wealth has ballooned to more than $145 billion, making him the world’s second-richest person. Besides his own foundation, Musk has joined other rich luminaries in signing the Giving Pledge, a commitment to donate the majority of their wealth to philanthropy or charitable causes.

A variety of complicated rules determine whether someone is a California resident for tax purposes, said Christopher Manes, an attorney in Palm Springs who specializes in the topic.

“Philanthropic activities tend not to carry much weight," he said in an e-mail Monday. “But on the other hand, if a great deal of income is at stake, a prudent taxpayer might want to eliminate all contacts with California as much as possible -- and relocating their foundation might be one of them."

Musk has lived in the Los Angeles area for two decades, regularly shuttling between his companies and traveling widely across the world. He has five teenage sons with his ex-wife, Justine Musk, and the two share joint custody. He and his partner Grimes also had a baby boy earlier this year.

But Musk increasingly spends time in Texas. SpaceX has an engine-testing site in McGregor and a rocket-production facility in Boca Chica, on Texas’s Gulf Coast near the Mexican border. That’s where Starship -- the vehicle SpaceX hopes will ferry human beings to Mars -- is being tested, including a high-altitude test Tuesday.

Texas is already Tesla’s third-biggest U.S. market, even though years of opposition from auto dealers mean it can’t sell cars there directly. Tesla is building a factory in East Austin for its Cybertruck electric pickup and the Model Y sport-utility vehicle.

Musk’s long relationship with California soured this spring during the first wave of the coronavirus. When Alameda County shutdown orders stopped production at Tesla’s plant in Fremont, Musk defied local health officials by closing late and reopening early, blasting the rules as “fascist" on an earnings call. He briefly sued the county and threatened to move Tesla’s Palo Alto headquarters to Texas or Nevada. Musk disclosed on Twitter that he had Covid-19 himself last month.

The Musk Foundation’s small board of directors includes Musk and his long-time associate Jared Birchall, a former senior vice president at Morgan Stanley. Birchall has long been the manager of Musk’s family office. He purchased a home in Austin in August, according to public records, and his LinkedIn profile states that he is based in Austin. Birchall and Musk did not respond to an email inquiry Monday.