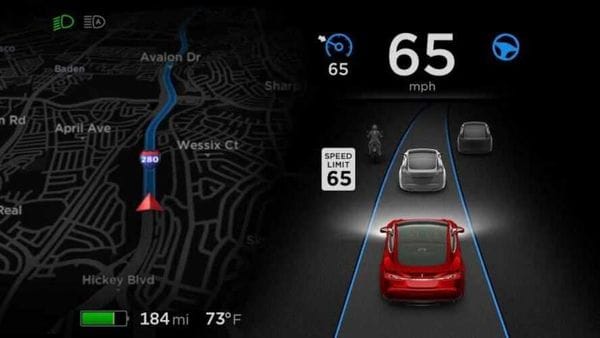 Tesla has released its latest software update 2020.36 that will allow its cars to now visually detect speed limit signs on the road, besides other features.

According to Tesla, “Speed Assist now leverages your car’s cameras to detect speed limit signs to improve the accuracy of speed limit data on local roads. Detected speed limit signs will be displayed in the driving visualisation and used to set the associated Speed Limit Warning."

Tesla has also improved the Cruise Set feature. Now one can adjust the Traffic-Aware Cruise Control by tapping the cluster speedometer.

The software update is already being done in Tesla cars after it was rolled out on August 29. It is a crucial update for Tesla which is fighting off hackers. Recently Tesla CEO Elon Musk had confirmed that the EV maker’s Nevada factory was target of a serious cybersecurity attack.

Tesla cars are loaded to the brim with technology which promise to make lives of its owners convenient and connected. Musk recently admitted that Tesla is 'embarrassingly late' in rolling out a feature that would help in the fight against instances of cyber crime.

Tesla cars too can connect to WiFi networks, some of whom can be unprotected which leaves the vehicle vulnerable. As such, a two-factor authentication may be another step in protecting user accounts and Musk believes that it could go a long way in ensuring cyber security.