Elon Musk admits that it is late but underlines the need for two-factor authentication to secure Tesla cars from the possibility of getting hacked into.
By : HT Auto Desk
| Updated on: 17 Aug 2020, 09:04 AM 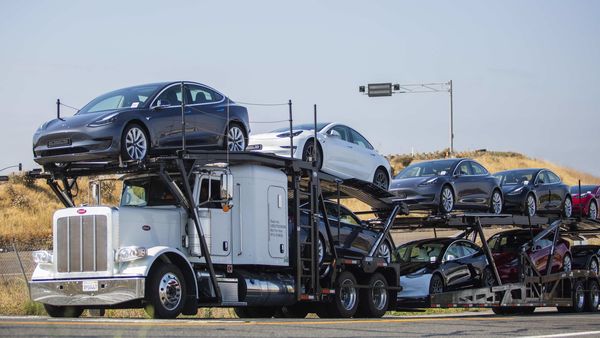 Tesla cars are loaded to the brim with technology which promise to make lives of its owners convenient and connected. Such is the tech prowess of Tesla cars that these have often been credited for setting a high bar that rivals are only now following. And such is the popularity of these features that Tesla is often referred to as a tech company as much as an electric vehicle maker. Little wonder then that CEO Elon Musk admits that Tesla is 'embarrassingly late' in rolling out a feature that would help in the fight against instances of cyber crime - two-factor authentication.

While precise details of this form of authentication is still awaited, it mostly refers to a twin mode of getting inside one's Tesla. In simple terms, this should work on the principles of how one unlocks a smartphone - pin and pattern, and/or some such.

The necessity to improve security of a Tesla vehicle is recognized as urgent because of the imminent threat from hackers. New-age vehicles are fast evolving into machines that store data, can be controlled via smartphones and provide functionality options via cloud network. And while these seek to make driving and interacting with a vehicle more convenient than ever before, there have been concerns over safety of personal information and queries about possibility of the system falling prey to hackers.

Tesla cars too can connect to WiFi networks, some of whom can be unprotected which leaves the vehicle vulnerable. As such, a two-factor authentication may be another step in protecting user accounts and Musk believes that it could go a long way in ensuring cyber security.

Musk says that this system is in the final stages of being tested and will be rolled out to customers soon.