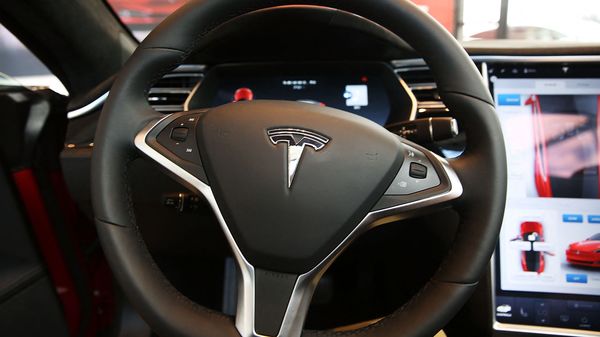 On Tesla AI Day, the US-based EV maker showcased the progress in its self-driving technology Autopilot, which is under a regulatory spotlight after a series of crashes.

Tesla has showcased improvements in its self-driving technology Autopilot on the first day of the Tesla AI Day event held in US. The technology used in the US-based electric vehicle manufacturer's autonomous cars have been under the scanner in recent times due to series of road accidents.

As the start of the event, Tesla CEO Elon Musk said he wanted to show that Tesla is more than just an electric-car maker, but is "arguably the leaders in real-world AI." Musk usually takes the stage for the carmaker to showcase such things, the company deployed a team of engineers for a change to do the job.

The team of Tesla engineers showcased the progress in improving the self-driving capability of its electric cars highly technical presentations. In a series of videos, Andrej Karpathy, Tesla’s director of AI, showed how Autopilot will evolve in future Tesla cars. The videos showed self-driving cars negotiating traffic and turns, showcasing the camera-setup which Tesla compares to the brain’s neural system.

According to the presentation, Tesla is working on a purely vision-based system, using as many as eight cameras mounted on its cars to process a real-time 3D vector space to guide navigation. Tesla's rivals, like Aurora, Cruise, Waymo and Zoox, use a mix of cameras, lidar and radar technology in their autonomous vehicles.

(Also read: Tesla Autopilot probed by US over crash-scene collisions)

Tesla has been facing a lot of heat in US over its Autopilot feature after series of crashes. The self-driving technology from the US EV maker is still considered to be a Level 2 autonomous driving technology.

Earlier this week, the National Highway Traffic Safety Administration (NHTSA), US watchdog for road safety, started a fresh probe into 11 car crashes that involved Tesla electric cars and their Autopilot system. There have been as many as 17 injuries and one death. The probe will cover around 765,000 Tesla cars, almost the number of cars it has sold in the US in the last seven years.

Tesla's Autopilot technology lets the drivers relax, while the car's onboard computer takes control of the car. Tesla has said several times, that it is a driver assisting technology not a completely autonomous driving system. It draws the attention of the driver when manual intervention is required. However, in many cases, it has been found the drivers ignored the alert by the system, which resulted in a crash.