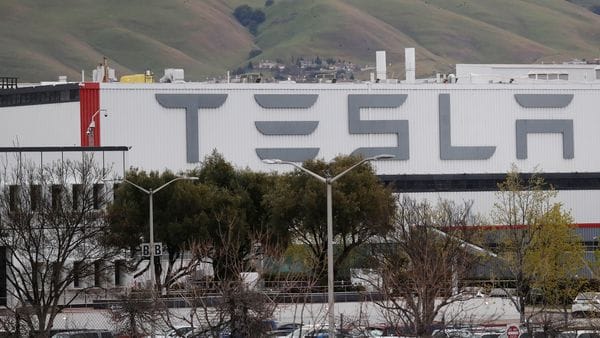 Tesla Inc has agreed to reduce the number of active workers at its California vehicle factory, but remains in talks about other measures to comply with a regional lockdown to curb the spread of coronavirus, a county spokesman said on Wednesday.

The Fremont facility, Tesla's sole U.S. auto factory, has more than 10,000 workers, with annualized production of slightly more than 415,000 units by the fourth quarter.

"They told us they had gone from about 10,000 individual employees to about 2,500," he said. "It sounds to me like they very well could still be making cars. We are continuing to stress to them that they must move to minimum basic operations, if they are still making cars."

Basic operations include maintaining the value of inventory, ensuring security and processing payroll and employee benefits.

Alameda County, where the factory is based, is one of six covered by an order from regional officials to "shelter in place," which limits activity, travel and business functions to only the most essential, and advises people to stay home except for the most crucial reasons.

The county sheriff's office said on Tuesday afternoon Tesla was not considered an essential business under that order and cannot continue to operate its factory normally.

Reuters witnesses on Wednesday morning saw thousands of cars in the factory's employee parking lot in Fremont, California, and employees were going to work as several 18-wheeler container trucks were seen pulling into the factory grounds.

At least two food trucks were parked in front of the factory building.

As the day shift ended, some employees filtered out to their cars and bicycles, while shuttles and buses lined up at the factory doors to ferry others away.

The parking lots remained as full as they had been throughout the morning. Workers clad in yellow safety vests climbed ladders to work on what appeared to be ventilation equipment on the factory's west side, and a landscaping contractor rode a lawnmower around the grounds.

The county spokesman said on Wednesday county officials needed to move on to other issues regarding the virus rather than focus on Tesla.

"Tesla needs to comply with the health order," he said, adding that the county did not want to force people into compliance, but implement changes with their consent.

The spokesman said the county has had very good communications with Tesla, which had been very helpful navigating the issue.

Tesla did not respond to repeated requests for comment on Wednesday.

A spokeswoman for the Fremont Police Department on Wednesday said attorneys for Alameda County and the city were discussing how to interpret the lockdown order by San Francisco Bay Area officials.

"This is all very new and there are a lot of moving parts," the spokeswoman said, adding that the conversations concern all manufacturers in the region.

The attorneys are not discussing enforcement or disobedience measures, but were trying to understand how state and federal exemptions factored in, she said.

Prior to the sheriff's office's decision, Tesla told employees in an email that the company and its suppliers would continue operations supporting the manufacturing and delivery of vehicles, a person who had seen the email told Reuters.