Musk’s tweet didn’t provide any further details on potential plans. Tesla’s plant in California continues to operate, while other carmakers including GM and Ford Motor Co. have temporarily halted work because of the coronavirus outbreak.
By : Bloomberg
| Updated on: 19 Mar 2020, 11:03 AM 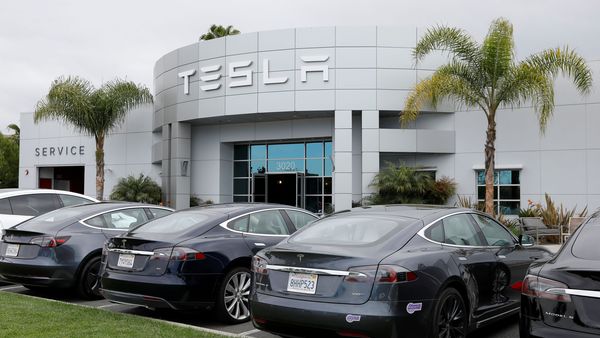 Responding to Pakistan’s Science and Technology Minister Fawad Chaudhry and a tweet from a Tesla customer, Chief Executive Officer Elon Musk said the company would make ventilators if there is a shortage. GM CEO Mary Barra also floated the idea, top White House economic adviser Larry Kudlow told reporters Wednesday. On Fox News earlier, he described an unidentified auto executive’s offer to call back workers to idled plants to make the medical devices needed to treat critically ill virus patients, and said it was made “on a voluntary basis for civic and patriotic reasons."

Barra, 58, suggested ways the company could help during the crisis, a person familiar with the matter said. GM could use some of its excess factory space to build ventilators and has people looking into how that would be done, said the person, who asked not to be identified describing a private conversation.

The Trump administration has not yet formally asked GM to use its network of plants and suppliers to make any medical equipment, the person said.

Musk’s tweet didn’t provide any further details on potential plans. Tesla’s plant in California continues to operate, while other carmakers including GM and Ford Motor Co. have temporarily halted work because of the coronavirus outbreak.

After U.S. President Franklin D. Roosevelt called for arming and supporting Britain, France and other nations in 1940, Detroit’s auto industry quickly transitioned their car assembly lines over to make military jeeps, tanks and bombers. Within a year and a half after the 1941 attack on Pearl Harbor, 350,000 workers moved to the Motor City to join in the war effort, according to the Detroit Historical Society.

U.K. Prime Minister Boris Johnson earlier this week called on manufacturers to build ventilators. Carmakers Jaguar Land Rover Plc and Toyota Motor Corp. are among the companies that have offered to help.

Warren Buffett-backed Chinese automaker BYD Co. expanded into making face masks in February and now says it is the world’s biggest producer, churning out 5 million masks a day. The quick switch from one product to another highlights the urgency with which countries and companies are trying to stop the deadly virus from paralyzing operations.