After Tesla CEO Elon Musk sought reduced import duties on electric vehicles in India, Tata Motors said that the government should remain consistent to promoting local manufacturing of EVs under the FAME II scheme.
By : HT Auto Desk
| Updated on: 27 Jul 2021, 09:25 AM 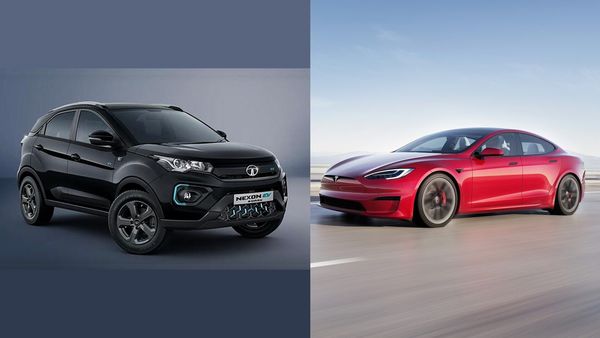 Tata Motors wants the Centre to treat all electric vehicle manufacturers equally after US-based EV maker Tesla demanded a reduction on import duties to be able to bring its electric cars to India. During a virtual press conference on Monday, Tata Motors said it expects the government to be consistent in its approach towards local manufacturing of EVs under the FAME II scheme.

P Balaji, CFO at Tata Motors, said, "From Tata Motors' perspective, the Indian government through the FAME II incentives, eligibility criteria have been very clearly set for the direction in which the country should take to accelerate the adoption of EVs. This has always emphasised affordable EVs and also localisation as per the phased manufacturing plans."

"I am sure the government will remain consistent to that particular philosophy and the principles of FAME II. This is what all of us are working towards," he added. According to Tata Motors, the carmakers invested in the EV segment look forward to long-term visibility of the policy

Tata Motors already offers two electric cars in India - the Tigor EV and the Nexon EV. The carmaker also plans to launch at least 10 new electric vehicles in the next four years.

Musk also said, "Clean energy vehicles are treated the same as diesel or petrol, which does not seem entirely consistent with the climate goals of India. We are hopeful that there will be at least a temporary tariff relief for electric vehicles. That would be much appreciated."

Tesla announced its entry in India earlier this year by registering as Tesla India Motors in Karnataka. Union Minister Nitin Gadkari also said Tesla is set to start its operations in India by this year and may set up a manufacturing unit as well. Tesla is likely to make its India debut with the Model 3 electric car. It is expected that a Tesla Model 3 would cost roughly around ₹70 lakh.