While Maruti Suzuki does not figure in the list of OEMs selected by the government, Suzuki Motor Gujarat got the nod along with Ford Motor and Kia India.
By : HT Auto Desk
| Updated on: 11 Feb 2022, 06:36 PM 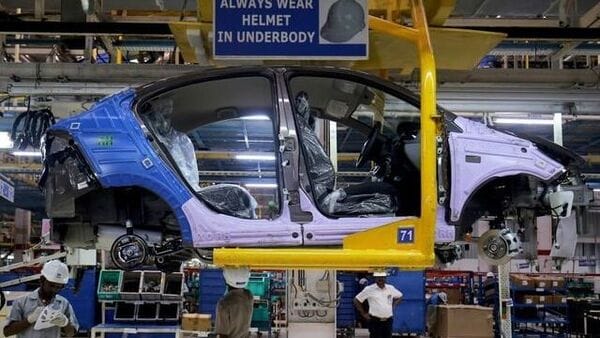 The Centre has finalised 20 carmakers based in India eligible for its recently announced PLI scheme to boost clean fuel vehicles. These carmakers, which were part of 115 automotive companies to apply under the Production Linked Incentive (PLI) scheme for the automobile and auto component sector, include the likes of Tata Motors, Mahindra and Mahindra, Hyundai and Kia among others.

Maruti Suzuki is the only notable omission on the list. According to reports, Maruti Suzuki had withdrawn applications in favour of its parent company Suzuki Motor after it failed to meet the criteria.

Among the 20 carmakers selected, Ola Electric, TVS, Hero MotoCorp, Bajaj Auto, Piaggio are among the two-wheeler manufacturers who have been selected for incentives. Ola Electric has been selected under the new non-automotive category.

Pinnacle Industries limited which is a commercial vehicle seating and interior company has also been selected for the incentive. MobilityChairman and Managing Director of Pinnacle Industries Limited Sudhir Mehta thanked the government for their continued support, focus and impetus on alternative fuels and new mobility. “We believe this can be a game-changer for the entire sustainable mobility ecosystem. The automobile sector is a significant contributor to the overall GDP of the country and these measures will significantly reduce import dependence and make India a strong manufacturing hub, that is globally competitive," added Mehta.

The Centre had notified the PLI scheme on September 23 last year. It was approved with a budgetary outlay of ₹25,938 crore. The scheme aims to boost the production of electric and hydrogen fuel-powered vehicles in India. Under the scheme, incentives are applicable for determining sales of advanced automotive technology products, including vehicles and components manufactured in India from April 2022 onwards for a period of five consecutive years.

The 20 carmakers have been selected for the ‘Champion OEM Incentive Scheme’, which is part of the Centre's PLI scheme for the automobile and component industry in India. The Champion OEM Scheme is a 'sales value linked' scheme, applicable on battery electric vehicles and hydrogen fuel cell vehicles of all segments.

The Ministry of Heavy Industries said it received a massive response with a proposed investment of ₹45,016 crore from approved applicants. The PLI scheme will offer incentives of up to 18 per cent to carmakers.