Autoliv is pushing the envelope in terms of two-wheeler safety by patenting a new breakaway handlebar design.The system removes one obstacle from the rider’s trajectory, thus making the landing slightly safer.
By : HT Auto Desk
| Written By : Prashant Singh
| Updated on: 10 Sep 2021, 03:09 PM 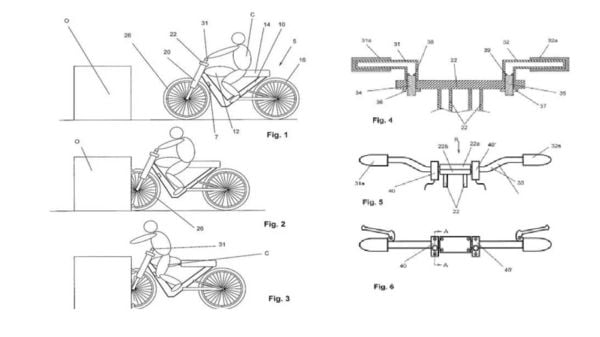 The system removes one obstacle from the rider’s trajectory, thus making the landing slightly safer.

Motorcycle manufacturers have significantly improved rider safety over the last decade by introducing advanced ride assist features such as Traction Control, Cornering ABS, Wheelie Lift Control, Riding Modes and more. Some motorcycles such as Honda Gold Wing are even a level above as they come with airbags and several other advanced safety features. Honda has also recently filed a patent for a new seatbelt system for motorcycles and scooters which is being developed with Italdesign. Now Autoliv, a Swedish automotive airbag company is pushing the envelope in terms of two-wheeler safety by patenting a new breakaway handlebar design that aims to mitigate rider injury during a crash.

As seen in most of the head-on bike collisions, the riders flung over the front end of the bike, striking high-mounted handlebars and this could result in a serious injury. To mitigate the injury risks in such accidents, Autoliv has designed a system that quickly sheds the handlebar(s) as soon as a collision is detected by the bike's electronic safety system. The system features a top clamp with several “pyrotechnic cords that ignite and destroy the threaded bolts" holding the handlebars soon after a crash is detected. This removes one obstacle from the rider’s trajectory, thus making the landing slightly safer.

However, the company also envisions a second method that does away with exploding clamp bolts. This method involves the use of pyrotechnic leads. When actuated, the device “cuts a section of the cylinder wall of the handlebars which leads to a significant weakening". The bar is easily bent away when the rider comes in contact.