SUVs power Mahindra in July, Scorpio-N all set to further rack up numbers

Mahindra Thar, XUV700 and now the Scorpio-N are combining forces to give the company a massive leg-up in the Indian automotive space.
By : HT Auto Desk
| Updated on: 01 Aug 2022, 15:33 PM 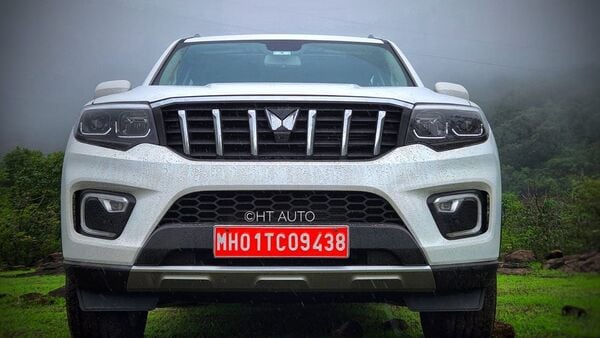 Mahindra SUVs are creating a mammoth buzz in the car market and the initial response towards Scorpio-N has been extremely strong too.

Mahindra & Mahindra on Monday informed it had sold a total of 56,148 vehicles in the month of July of which almost half were from its SUV lineup. Powered by the continuing response towards the updated Thar - launched in 2020, and XUV700 - launched in 2021, Mahindra's bet on SUVs may be paying the company rich dividends. And literally at that.

Mahindra appears to have a determined SUV-focused strategy for the Indian car market and Scorpio-N, its latest offering, is a clear indication of this. Scorpio-N will be sold alongside the existing Scorpio model even though both the vehicles are notably different. Scorpio-N received over one lakh bookings in just one hour of the reservation window being opened this past Saturday. Deliveries are scheduled to begin from September 26 and the aim is to finish the first batch of deliveries by end of December.

Delivery cycles have been prolonged for Mahindra's newer offerings with waiting period of up to a year for select variants of some of these models. And this may well go up with demand increasing in the upcoming festive period.

But Mahindra also offers a number of other, non-SUV models, and notes that it had sold 28,053 units of these this past month. Exports stood at 2,798 units while the company also sold almost 21,000 commercial vehicle units.

All of this may seem like a reason enough to celebrate but Mahindra is now digging in heels to enter the EV (electric vehicle) space in a strong way. Come August 15, the company will unveil as many as five EV models which would include the electric version of XUV300. This would most likely be called XUV400 but an official confirmation is awaited.