The global automotive chip crunch started late last year, when automakers and their suppliers failed to understand they needed to put in orders months ahead of time as the consumer electronics industry surged and took up chipmaking capacity.
By :
| Updated on: 17 Apr 2021, 09:04 AM 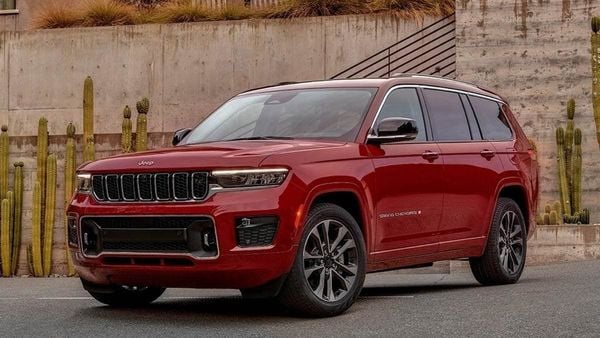 The supplier, JVIS-USA, alleges that without the chips it has ordered, there will be an "imminent shutdown" of a Detroit factory that makes Stellantis' profit-generating Jeep Grand Cherokee.

A federal judge in Michigan will hear arguments on Friday on whether to issue an emergency order forcing NXP Semiconductors to provide chips to a supplier of automaker Stellantis.

The supplier, JVIS-USA, alleges that without the chips it has ordered, there will be an "imminent shutdown" of a Detroit factory that makes Stellantis' profit-generating Jeep Grand Cherokee. NXP responded that it has no direct contractual relationship with JVIS-USA obligating it to send the chips.

JVIS-USA is a supplier of an electronic assembly that helps control the heating, cooling and ventilation systems for the Grand Cherokee, the Dodge Challenger and Charger, and the Chrysler 300.

The JVIS allegations provide a rare window into how the global chip shortage - which has disrupted production at Stellantis as well as Ford Motor Co and General Motors Co - has played out for one company in the middle of a long supply chain.

The global automotive chip crunch started late last year, when automakers and their suppliers failed to understand they needed to put in orders months ahead of time as the consumer electronics industry surged and took up chipmaking capacity. Then this year, a series of natural disasters at automotive chip plants deepened the shortage; NXP cites weather-related issues in Texas in the dispute with JVIS.

JVIS does not buy chips directly from NXP, instead getting them through layers of suppliers and distributors. But it alleges that NXP created an oral contract with it during a Zoom call that NXP held with JVIS, a chip distributor and a circuit board supplier to JVIS. NXP denies that claim, saying the call was an industry-standard status update from a distributor.

In a lawsuit filed March 31 in state court in Michigan that was later moved to the U.S. District Court for the Eastern District of Michigan, JVIS alleges that NXP later reduced the number of chips it would deliver by tens of thousands from what JVIS had expected.

JVIS alleges the shortfall will cause it to stop production by April 19, which in turn will cause a shutdown of Stellantis production at its Jefferson North Assembly Plant in Detroit within the first 10 days of May. JVIS is seeking an order that would force NXP to supply the chips, which are made in Austin, Texas.

Stellantis officials did not have an immediate comment. JVIS and its attorneys could not be reached for comment.

NXP declined to comment, but in court filings said it has "has no contract with JVIS and no duty" to supply the chips.

"NXP simply has no such semiconductors lying around in the midst of a world-wide shortage," the company wrote, adding that a February freeze in Texas cost it five weeks of production time and 700,000 lost or delayed chips.

NXP said it has no oral or written contract with JVIS, and even if it did, its standard terms include a "force majeure" clause that excuses delays caused by natural disasters.

"The process of restarting a fab after this sort of freezing weather event is complicated and time-consuming," NXP wrote, saying that "complex residual repairs" could continue until the end of June.