The top court set aside the Madhya Pradesh High Court judgement which had quashed a rule allowing the authorities to charge a specific amount for fancy registration numbers for the vehicles as per the desires of the owners.
By : PTI
| Updated on: 27 Aug 2020, 11:36 AM 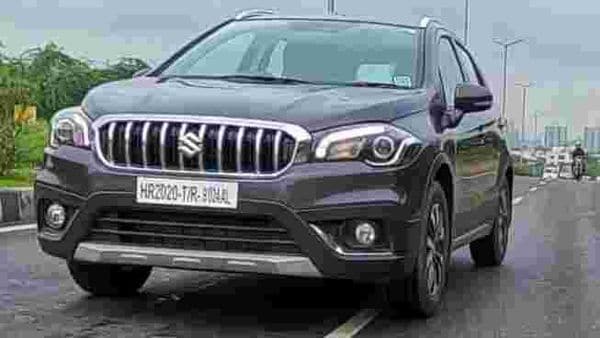 In a significant verdict, the Supreme Court on Wednesday held that state governments are empowered to decide fees for granting “distinctive marks" or the registration numbers to motor vehicles registered in their territory.

The top court set aside the Madhya Pradesh High Court judgement which had quashed Rule 55A of the Motor Vehicles Rules, 1994 framed by the state government allowing the authorities to charge a specific amount for fancy registration numbers for the vehicles as per the desires of the owners.

The High Court had set aside the rule by holding that the field of prescribing the fee for an application for registration has been exclusively conferred upon the Union Government, thus excluding from its sweep any state power to claim any manner of fee or amount as part of that task.

Allowing the appeal of the state government, a bench of justices L Nageswara Rao and S Ravindra Bhat dealt with the provisions of the Motor Vehicle Act and concluded that the High Court's verdict deserved to be set aside.

“This court therefore, holds that the assignment of 'distinctive marks' i.e. registration numbers to motor vehicles (which includes the power to reserve and allocate them, for a specific fee) is a distinct service for which states or their authorities (such as the registering authorities, in this case) are entitled to charge a prescribed fee. Rule 55A of the MP Rules is not therefore, in excess of the powers conferred upon the state, by the Act or the Central Rules," Justice Bhat, writing the judgement for the bench, said.

The 24-page verdict said that the High Court proceeded on the assumption that the state was not competent to make the legislation.

“The use of that expression, at best can be characterized as misconceived. In the present case, the state of MP derived its powers to frame the concerned rules, through the provisions of the Motor Vehicles Act itself. The question, therefore, of repugnance as properly understood, did not arise; rather it was a case whether the state government, as one of the delegated authorities, was empowered through Parliamentary law to frame the rule that it did...," it said.

“This Court is of the opinion that the High Court, in its impugned judgement, lost sight of the true import of Section 211 (of MV Act). The existence of specific provisions empowering the State (such as Sections 41(13), 47(7), 49(4) and 50(5)), means that the power of the State to claim or charge amounts is specifically recognized by express provisions. Further, there are certain services and functions for which the State is empowered to levy fees..," it held.

The dispute on the rule was brought before the High Court by one Rakesh Sethi who could not get the registration number of his choice for his motorcycle and this led to setting aside the provision.

Later, the state government appealed to the apex court.