Paccar is aiming to stay competitive with rivals such as Daimler AG and Volvo AB, which also are developing self-driving technology for their freight haulers.Aurora acquired Uber Technologies Inc.’s autonomous division last month in a deal that values Aurora at $10 billion.
By :
| Updated on: 20 Jan 2021, 10:35 AM 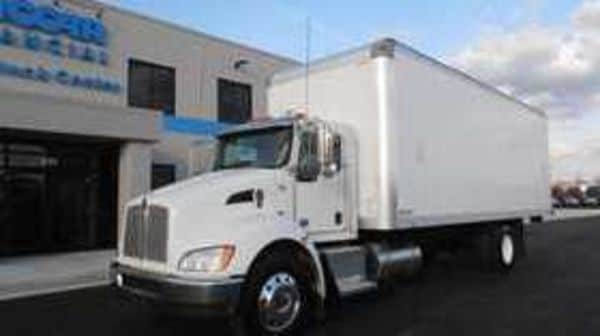 Aurora Innovation Inc., a Silicon Valley-based autonomous-driving startup with a $10 billion valuation, has entered into a strategic partnership with Paccar Inc., the maker of light, medium and heavy-duty trucks.

Aurora sees long-haul trucking, not passenger cars, as first to the market for self-driving vehicles. So the Palo Alto, California-based company designed its Aurora Driver technology for initial use in trucking applications, then last-mile goods delivery and finally passenger-mobility networks. Paccar is aiming to stay competitive with rivals such as Daimler AG and Volvo AB, which also are developing self-driving technology for their freight haulers.

“Aurora and Paccar have a detailed plan for bringing this to market, and we’re pushing it with significant urgency," Sterling Anderson, Aurora’s chief product officer and a co-founder said in an interview. “When you are driving a big rig at highway speeds, you have to have long-range, multi-modal sensing."

Bellevue, Washington-based Paccar expects to use Aurora Driver “in the next several years" on its Kenworth T680 and Peterbilt model 579 trucks in North America, it said in a press release.

Aurora acquired Uber Technologies Inc.’s autonomous division last month in a deal that values Aurora at $10 billion. Aurora now has about 1,600 employees, including hundreds who are based in Pittsburgh, long an epicenter of robotics thanks to Carnegie Mellon University.

Last summer, Aurora expanded testing on public roads in California and Pennsylvania to include Texas with an initial focus on completing long-haul, commercial trips.

Technology and auto companies consider this type of use a more lucrative pathway than cars for commercializing self-driving software. Waymo CEO John Krafcik said last year that trucks driving on easily repeatable routes probably will be faster adopters than taxis in urban areas.

General Motors Co.’s majority-owned Cruise unit is among the firms planning a commercial robotaxi service. GM and Microsoft Corp. announced Tuesday they’re leading a $2 billion investment round in the self-driving car startup that will enable Cruise to manage its vehicle network with Microsoft’s Azure cloud-computing platform.