Tesla supplier LG Chem announced a plan last week to separate its battery business in December, to pave the way for large investments and a potential initial public offering.
By : Reuters
| Updated on: 29 Sep 2020, 02:04 PM 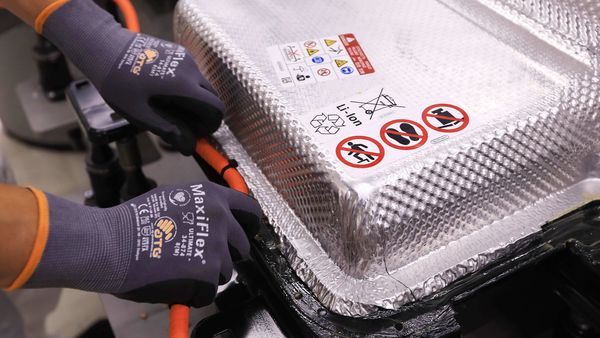 File photo of EV battery used for representational purpose only

Shares of LG Chem Ltd, which supplies batteries to Tesla Inc , climbed on Tuesday, after media said the US electric vehicle maker was looking to acquire a stake in a battery unit the South Korean company wants to dispose of.

"Tesla is said to be exploring taking up to a 10 percent stake in LG Energy Solution," the Korea Times quoted an unidentified banking source as saying, in the US firm's quest for a stable supply of batteries.

LG Chem's shares ended Tuesday up 4.5%, recouping some of last week's fall of nearly 6% after Tesla announced a plan to produce batteries in house and halve costs.

"I have never heard of Tesla investment in LG Chem," a senior LG official told Reuters, on condition of anonymity as he was not authorised to speak to the media.

Another official said, "It is too early to discuss investments since we have not yet even split off the battery company."

In a report, Nomura analyst Cindy Park said, "While we do not know whether this deal (Tesla-LG) can materialise, currently we assume that LGC's business relationship with Tesla could expand beyond supplying batteries to Tesla's Shanghai factory."

She raised the prospects of LG Chem supplying batteries to Tesla's planned Berlin Gigafactory and a joint effort to develop the firm's proprietary batteries.

"Tesla needs to spend a lot of money on building its own battery production lines, and I wonder if it would have the financial capability to make strategic investments in LG Chem," said battery expert Park Chul-wan.