Volkswagen will halt production for a few days at two German factories after a delay in getting auto parts made in Ukraine.
By : HT Auto Desk
| Updated on: 27 Feb 2022, 10:57 AM 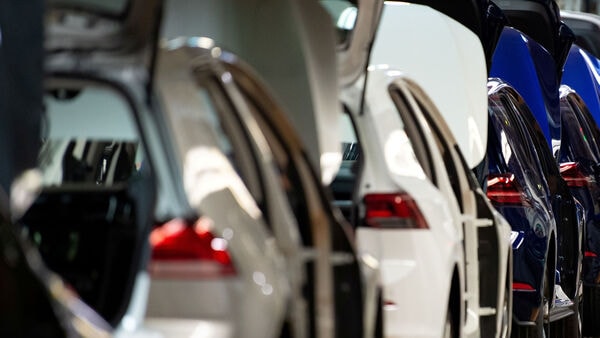 Several automakers including Volkswagen, Renault and tyre maker Nokian Tyres have temporarily shut their production facilities or have shifted manufacturing operations due to Russia's invasion of Ukraine. The US announced export restrictions against Russia, hammering its access to global exports of goods including semiconductors which could lead companies to alter manufacturing plans.

Volkswagen will halt production for a few days at two German factories after a delay in getting auto parts made in Ukraine while Renault would suspend some operations at its car assembly plants in Russia for next few week due to parts shortages too. A spokeswoman from the company stated that this is a consequence of reinforced borders between Russia and neighboring countries.

Russian carmaker Avtovaz, controlled by Renault Group, could also suspend some assembly lines at its plant in central Russia for one day due to persistent global shortage of components.

Following the invasion, consulting firms JD Power and LMC Automotive slashed their 2022 global new-car sales outlook by 400,000 vehicles to 85.8 million units. This comes when the auto industry is already dealing with headwinds due to global semiconductor shortage. "An already-tight supply of vehicles and high prices across the globe will be under added pressure based on the severity and duration of the conflict in Ukraine," Jeff Schuster, president of global vehicle forecasts at LMC, told Reuters.

Further, the Russia-Ukraine conflict could boost oil prices above $100 a barrel, adding inflationary pressure on European and American consumers, Wells Fargo analyst Colin Langan said in a research note. And while consumers have already been willing to pay above sticker price to buy new vehicles, sustained higher petrol prices could impact long-term recovery of the sector.