Russia-Ukraine war: Renault decides to shut down production in Moscow

Renault is one of the few carmakers which did not suspend its operation in Russia after the country invaded Ukraine. The French auto giant was worried about the high cost it will have to incur if it pulls out from a venture with a local partner.
By : HT Auto Desk
| Updated on: 24 Mar 2022, 07:52 AM 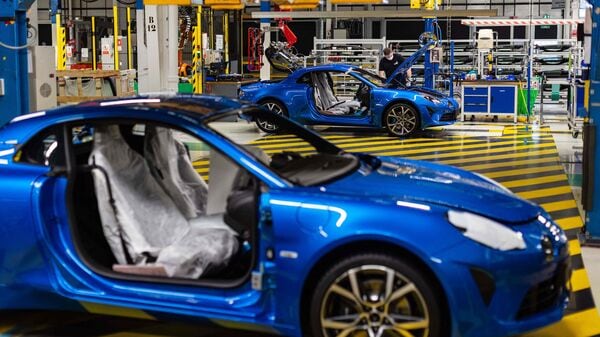 French auto giant Renault has become the latest manufacturer to suspend its operations in Russia amid the ongoing conflict between Ukraine. On Wednesday, Renault issued a statement announcing that all activities at its Moscow factory has now been stopped for an indefinite period. The decision was taken after Ukrainian leaders called for a boycott against the carmaker, accusing Renault of "sponsoring Russia's war machine." Renault had resumed production in Moscow on Tuesday after it was suspended due to a disruption in logistics.

"Renault Group reminds that it already implements the necessary measures to comply with international sanctions," the company said in the statement. However, the statement did not mention anything about Russia's invasion of Ukraine.

Renault has been in two minds about continuing its operations in Russia since Moscow invaded Ukraine. Unlike most other carmakers, Renault stayed on and continued manufacturing cars. According to reports, the French auto giant was worried about the high cost it will have to incur if it pulls out from a venture with a local partner.

Renault owns Russian car manufacturer AvtoVAZ, under which one of the most popular brand Lada sells cars in Russia. According to Renault, Lada accounts for nearly 21 percent of the Russian market. AvtoVaz owns 68 per cent of Renault and the latter depends on Russia for about 10 per cent of revenue. The French carmaker said that it's "assessing the available options, taking into account the current environment, while acting responsibly towards its 45,000 employees in Russia."

With its decision to suspend operations in Russia, Renault has now joined carmakers like Mercedes-Benz, Volkswagen, Volvo, Honda, Porsche and Hyundai to stop operating in the country since Russia's military operations began on February 24. It's been nearly a month since Russia launched its invasion of Ukraine, deploying tens of thousands of troops into an offensive against its neighbour.