While most of the industry aims for big sales numbers that will keep huge plants busy, his Arrival Ltd., which will start producing electric buses and vans next year, is betting that doing just the opposite will help reduce production costs. Its micro-factories need about $50 million in investment, compared with $1 billion for conventional ones, and 10 of of them could make as many vehicles as a traditional outlet for half the capital expenditures and in a 10th of the space, it says.

“Arrival has spent the last five years developing our unique model and proprietary technology and is now laser-focused on delivery," Sverdlov, who’s founder and chief executive officer, said in a Zoom interview. “We are not using metal stamping, welding and paint shops. Instead, we are using aluminum for chassis, proprietary composites for bodies and structural adhesive."

The company already has two micro-factories -- one northwest of London in the town of Bicester, and the other in Rock Hill, South Carolina -- and aims to have 31 plants by 2024. While EV startups commonly burn cash for years or never get in the black, Arrival said it hopes to start generating a profit by 2023. 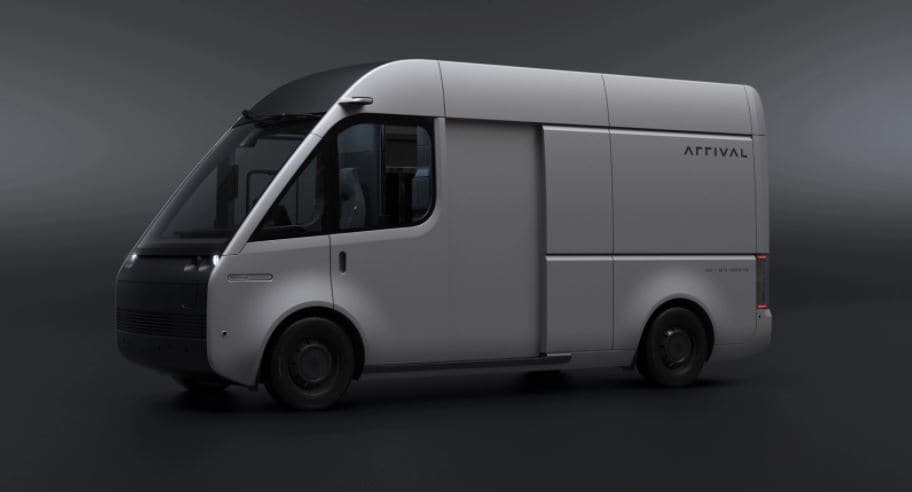 Arrival, which is combining with CIIG Merger Corp. to raise cash and get a Nasdaq listing, has an enterprise value of $5.4 billion. With more than 600 million outstanding shares after the tie-up, its valuation stands at about $15 billion, based on the trading of the blank-check firm since last month’s announcement. CIIG Merger shares rose 3.6% to $28.75 at 11:55 a.m. on Wednesday in New York.

With a post-merger stake of 75%, Sverdlov’s holding is worth about $11 billion. The 42-year-old is richer than some Russian commodity tycoons including Lukoil PJSC co-owner Leonid Fedun and Alexander Abramov, chairman of steelmaker Evraz Plc, according to the Bloomberg Billionaires Index. He declined to comment on his net worth.

Founded in 2015, Arrival now employs more than 1,400 people. It recruited top talent from the auto and tech industries: Avinash Rugoobur, its president, used to be the head of strategy for General Motors Co.’s Cruise self-driving unit; Mike Ableson, head of the automotive business, was GM’s vice president of EV infrastructure and global strategy. Some of its engineers previously worked at Tesla Inc., Jaguar Land Rover Automotive Plc, Apple Inc. and Google.

Thanks to the cheaper micro-factories, the company is aiming to sell its electric vans and buses at around the same price as diesel equivalents. In the U.S., where Joe Biden’s administration wants to fully switch to EVs by 2030 for buses built there, a vehicle that’s 12 meters (39 feet) in length would cost less than $450,000, Sverdlov said in a conference call last month.

The concept is credible and “rock solid," said Sandy Munro, founder of consulting firm Munro & Associates, which gained notoriety by tearing apart Tesla models and analyzing how they’re built. As long as the company can manage supply lines to many plants, the plan is low-cost and puts it close to customers’ needs.

Tesla’s surging share price this year has boosted appetite for investments in EV companies, including Arrival, Fisker Inc. and Nikola Corp. The new entrants have yet to report meaningful revenue -- let alone profits -- leading some to question whether there’s a bubble. Nikola, whose stock more than doubled in just three days in June, has struggled recently to address concerns that it overstated the capability of its early prototypes.

But for now, things are looking good for Sverdlov, who studied engineering in St. Petersburg before heading a Russian mobile-internet startup sold for $1.5 billion and serving as the nation’s deputy communications minister. He’s also backing Roborace, a competition of autonomous, electric vehicles.

“There are more than 560 cities in the world, which have a population of over 1 million people, and each of these cities could have a microfactory producing 10,000 vehicles specifically tailored for the needs of that market," Sverdlov said. “This model can be as scalable as McDonald’s or Starbucks."