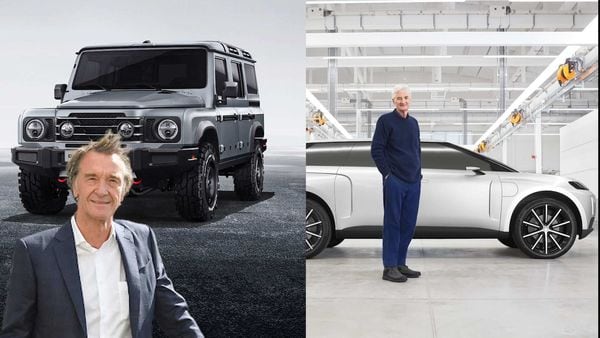 Jim Ratcliffe, the fifth richest man in Britain, has achieved what the man at the top of the rich list, James Dyson, couldn't. The chemical mogul turned car entrepreneur Jim Ratcliffe has unveiled the design of the Grenadier 4X4 SUV produced by his company Ineos Automotive. This is the first car designed and produced since the British billionaire decided to move into car manufacturing.

Ratcliffe's move came after a failed attempt by UK's richest man James Dyson, who recently revealed how he blew nearly a billion dollars of his own money for his failed electric SUV project.

Ratcliffe is betting that the no-nonsense 4X4 off-roader Grenadier SUV will fill in the gap left by the iconic Land rover Defender. Ratcliffe decided to build the car after a failed bid to bring back the original Defender. Jaguar Land Rover had ceased to produce the Defender in 2016.

The Grenadier is likely to be powered by engines made by BMW. The SUV is named after the public house in London where Ratcliffe said the idea for his own version of the off-roader was planned.

Jim Ratcliffe, Chairman of INEOS, said: “The Grenadier project started by identifying a gap in the market, abandoned by a number of manufacturers, for a utilitarian off-road vehicle. This gave us our engineering blueprint for a capable, durable and reliable 4x4 built to handle the world’s harshest environments. But it had to look the part as well. As you will see today, Toby and his team have done a great job in delivering a design that is both distinctive and purposeful."

Jim Ratcliffe had set up Ineos Automotive in 2017 to produce the Grenadier. The billionaire formed a team of experts from the auto industry to join his company and help give a final shape to his dreams of manufacturing a car.

(Also watch: All you need to know about James Dyson’s failed electric SUV)

Ratcliffe's first car, the Grenadier SUV, comes at a time when the auto sector has seen sales and production decimated by the ongoing Covid-19 crisis.

In a statement issued by the carmaker, Ineos Automotive said that the prototypes of the vehicle, designed as a rugged go-anywhere SUV, will cover nearly 2 million miles over the next year of testing.