Royal Enfield sales down 44% in September 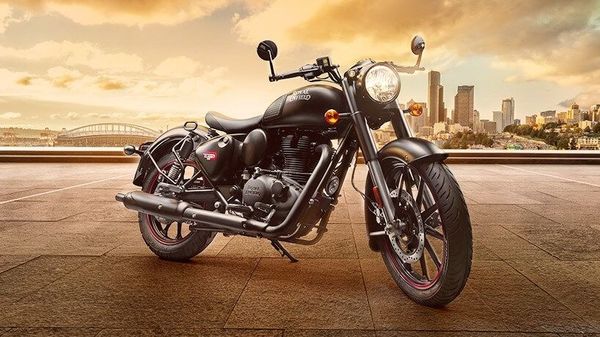 Royal Enfield has recently launched the Classic 350 motorcycle in India.

Royal Enfield on Friday announced that its total wholesales in September declined by 44% to 33,529 units. The Chennai-based bikemaker had reported a total sales of 60,331 units in the corresponding month a year ago. The domestic sales in the month of September stood at 27,233 units, down 52% from 56,200 units in the same month of 2020. However, Royal Enfield's exports rose to 6,296 units last month from 4,131 units in September 2020, this is a direct increment of 52%.

"The ongoing global shortage of semiconductor chips and the recent lockdown in certain source markets have impacted volumes for September. The situation improved towards the end of September, and availability of parts is expected to start scaling up from Q3 FY2022," Royal Enfield said in a statement.

To bounce back sales, Royal Enfiled has recently updated its highest-selling Classic 350 model. The bike has transitioned into a new generation bike with a new platform and engine. The Chennai-based bike maker has also recently organised its ‘One Ride’ event which took place on September 26th. (More details here)